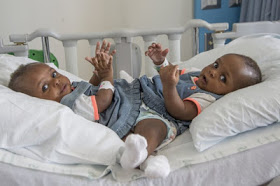 Conjoined twins Miracle and Testimony Ayeni have been separated after a lengthy operation at a Tennessee hospital. Multiple news outlets report the 1-year-old twins were separated after an 18-hour procedure at Le Bonheur Children’s Hospital in Memphis. 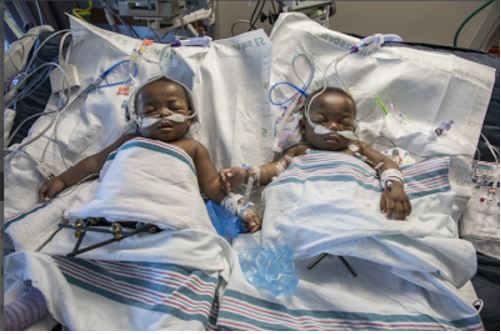 The babies were born on Nov.16, 2015 at St. Patrick Hospital Enugu, to Mr Samuel Olusegun Ayeni and Mrs Mary Abiodun Ayeni, both of Kogi State.

According to a statement by Le Bonheur Children’s Hospital, the surgery to separate them took 18 hours. Le Bonheur is holding a news conference Wednesday at 10:30 a.m. about the twins.

*WOW…What a Miracle and a Testimony