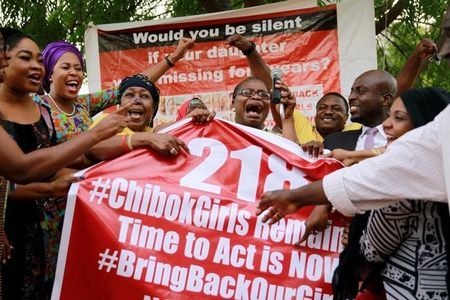 Leader of the Senate, Ali Ndume, has expressed gladness at the release of 21 school girls out of the 200 kidnapped from Government Secondary School, Chibok, Borno, in April, 2014.

In an interview in Abuja on Thursday, Ndume said that the release of the girls was a sign that more girls would be released.

He said that he was excited on the news because the kidnapped girls were like his own children.

“This is pleasant news coming to us, especially because these are our own children; so it gives us hope, it shows us that there is light at the end of the tunnel.

“It gives us that confidence; we have 21 girls now plus the 22 that had escaped earlier.

“I actually appreciate the government’s effort.

“Even though we have been bombarding the government with demands, issues, noise making, the results have started coming out.

“We want to really commend the effort of whoever that is involved,” he sai