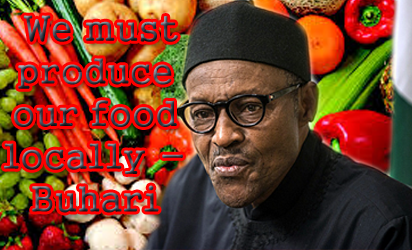 ABUJA— The atmosphere was charged, yesterday, as participants at the special Town Hall meeting
organized by Ministry of Information and Culture, in
collaboration with the Alumni Association of
National Institute for Policy and Strategic Studies,
AANI, in Abuja, confronted nine ministers,
demanding for quick remedy to the current economic hardship in the country.

Some of the aggrieved participants told the
ministers that Nigerians were tired of the talkshops
and that government should do more to put food
on their tables.

Speaking at the meeting, Minister of Budget and
National Planning, Senator Udoma Udo Udoma, said
2017 Budget would be submitted to the National
Assembly by October this year.

According to the minister, necessary consultations
on preparing the 2017 budget are ongoing.

He revealed that government had already released
N331.5 billion to date, as part of capital allocation of
the 2016 budget, to key ministries covering sectors
that will turn around the economy.

He said the ministries that received the capital
released were power, works and housing, defence
and security, water resources, transportation,
agriculture and Niger Delta.

Presenting his scorecard at the meeting, Minister of
Works, Power and Housing, Mr. Babatunde Fashola,
told the audience that the present administration
had been able to reverse the negative trend of
spending the bigger chunk of its annual budget on
recurrent expenditure to capital by increasing the vote from 10-15 per cent to 30 per cent in the 2016
budget.

He, however, disclosed that the Federal
Government was ready to release additional
N100,00 billion for capital expenditure, in addition
to the N331 billion earlier released in June.

Of the N331 billion, Fashola said his ministry
received N102 billion as at July 29, and had paid
N70 billion to contractors, project managers,
consultant, who had not received money for about
two and half years.

He said: “We are paying out, with the
understanding that they will begin to bring back all
the workers they have laid off. That is the way to
go, and out of this recession. We are not doing
anything usual, but working with thinner resources
to do more.

On power
He explained that the administration was trying to
complete transmission lines from Gurara, Kashim
Mambila plants, and some other NIPP projects
across the country to boost power supply. The
idea, he said, was to evacuate power immediately
after generation, saying progress is being made on other transmission lines.

Borrowing
In her presentation, Minister of Finance, Mrs. Kemi
Adeosun, said the current effort by Federal
Government to borrow some funds was justifiable,
in the sense that the funds would be channelled
into infrastructure development.

Adeosun, who bemoaned the present economic
hardship in the country, told the audience that she
also inherited 1.2 million civil servants, with over
N160 billion total wage bill per month.

She described the size of the public sector as a
reflection of the failure of the private sector in the
country.

“We can’t continue that way. That is why we have a
very conservative appetite for borrowing,”
Adeosun said, adding that there was no quick
solution to the present economic challenges. She
noted that there was a fundamental problem but
assured that government was moving in the right direction.

On his part, Minister of Agriculture and Rural
Development, Chief Audu Ogbeh, said the Federal
Government had adopted ranching as the only
remedy to the lingering farmers and herdsmen
crisis in the country.

Ogbeh, who traced the problem to the Structural
Adjustment Programme, SAP, of Babangida’s
administration of 1986, pointed out that “the
situation in Nigeria at present did not start today.”

He said: “This recession started long time ago in
1986, when the then federal government
introduced structural adjustment programme. Then
we threw our doors open for all kinds of
importation.”

To partner states in mining

Also in his presentation at the meeting, Minister of
Solid Minerals, Dr. Kayode Fayemi, stated that there
should be synergy among the federal, state and
local governments for mining to thrive in the
country.

He said: “Solid mineral is the backbone of
industrialization. About $3.3 billion of skilled labor
in iron ore and steel is imported into the country.
This has to stop for the sector to move forward.

‘’We do not want people to come into the sector
and export mining products. If you are in it, you
have to set up processing plants to enable us create
resources available in that area and send out
finished products like cement,’’ Fayemi said.

Earlier, the Minister of Information and Culture,
Alhaji Lai Mohammed, had said the administration
was always willing to engage with Nigerians to
explain its policies and programmes, as well as
seek the necessary input from them.

He lamented that some individuals and groups had
made it their pastime to continually castigate the
present government over an economic situation
which was not its own making.