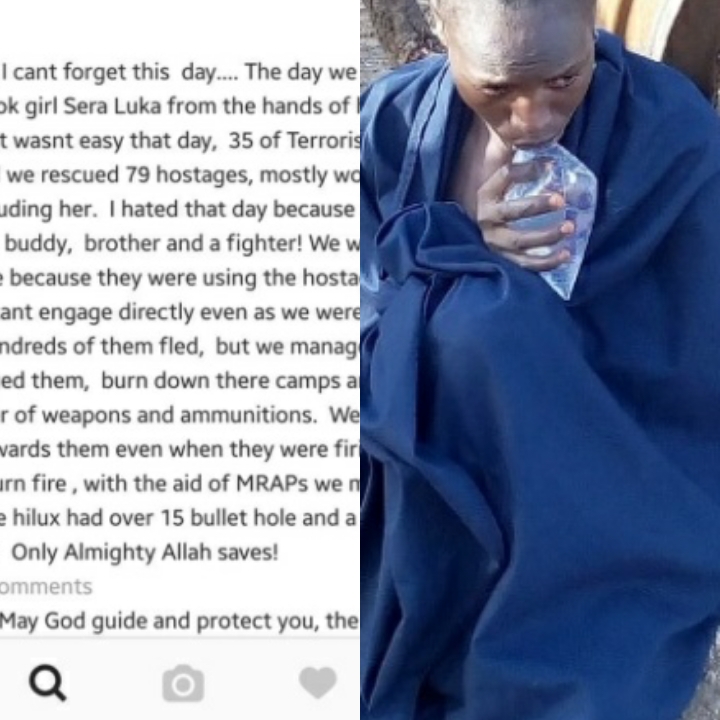 Sera Luka, who was among over 200 Chibok
schoolgirls kidnapped by Boko Haram more than
two years ago, was rescued in May 2016 along
with 97 women and children held hostage by the
terrorists. Thirty-five Boko Haram fighters were
killed in the clashes. According to a post shared by Femi Adeolu, a soldier also died during the rescue. 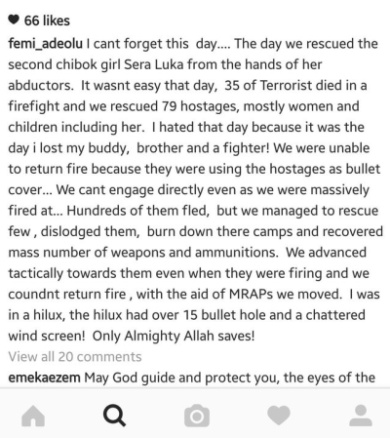