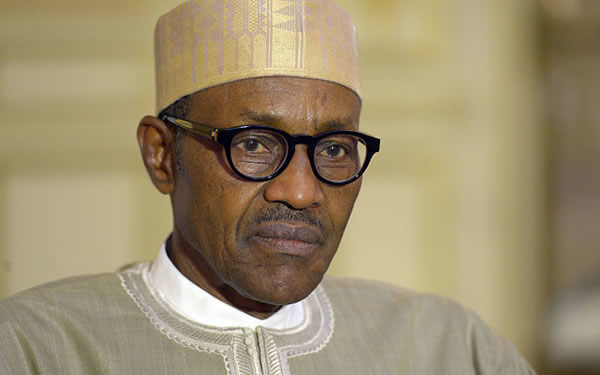 President Muhammadu Buhari on Monday in London spoke with President Donald Trump by telephone at the request of the American President, a statement said.

The president’s Special Adviser on Media and Publicity, Femi Adesina, said in a statement in Abuja on Monday, that the conversation was cordial and Buhari congratulated Trump on his election as President of the United States and on his cabinet.

Adesina said the two leaders discussed ways to improve cooperation in the fight against terrorism through provision of necessary equipment.

According to him, Trump encouraged Buhari to keep up the good work he is doing, and also commended him for the efforts he has made in rescuing 24 of the Chibok Girls and the strides being taken by the Nigerian military.

“Trump assured the Nigerian president of  the U.S readiness to cut a new deal in helping Nigeria in terms of military weapons to combat terrorism.”

“Trump also invited Buhari to Washington at a mutually convenient date,” he added.

Senate President Bukola Saraki and the Speaker of the House of Representatives, Yakubu Dogara had also said that they had telephone discussions with the president.

Two leaders of the All Progressives Congress (APC), Bola Tinubu and Bisi Akande also visited the president in London last week, according to a post by the presidency on Facebook.

Governor Ibikunle Amosun of Ogun was also pictured having breakfast with the president at his London abode.

The president had proceeded on a 10-day vacation in UK on January 19 for a routine medical check as indicated in a letter to the Senate which also authorised Vice-PresidentYemi Osinbajo to act as president pending his return.

The president, who could not make it back to the country on February 6, transmitted another letter to the Senate requesting extension of time to complete his medical check-up in London.