“President Buhari Is Not Thinking About Next Election” – VP Osinbajo 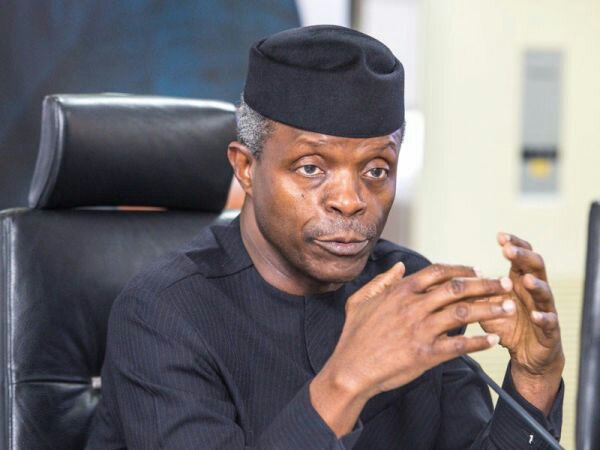 Nigerian President Muhammadu Buhari is focused on delivering on promises made for his current term rather than thinking about the next election, his vice president said on Thursday.

Buhari, 75, has not publicly said whether he will contest the February 2019 election. Political insiders have privately questioned his willingness or ability to keep the top job after he spent much of the past year in Britain being treated for an undisclosed ailment that left him visibly weakened.

But Communications Minister Adebayo Sh!ttu, who played a prominent role in Buhari’s 2015 campaign, has said he would chair a group to support the re-election of the president and Vice President Yemi Osinbajo. Osinbajo, speaking at the World Economic Forum in Davos, said:

“The president is focused on this term. He wants to ensure that he delivers on the promises that were made. He is not talking about 2019.”
In an interview with CNBC, Osinbajo outlined a number of road and rail projects which the administration is working on and a social program to support the unemployed in Nigeria, Africa’s most populous nation.

In 2015, Buhari rode a wave of resentment against President Goodluck Jonathan over endemic government corruption, a struggling economy and a failure to defeat the Islamist Boko Haram insurgency in the northeast, but now much of public opinion has turned against him.
In a blow to the president, Atiku Abubakar, a former vice president and Buhari ally, quit the ruling All Progressives Congress and said he was prepared to run in 2019. Last month he joined the opposition People’s Democratic Party.