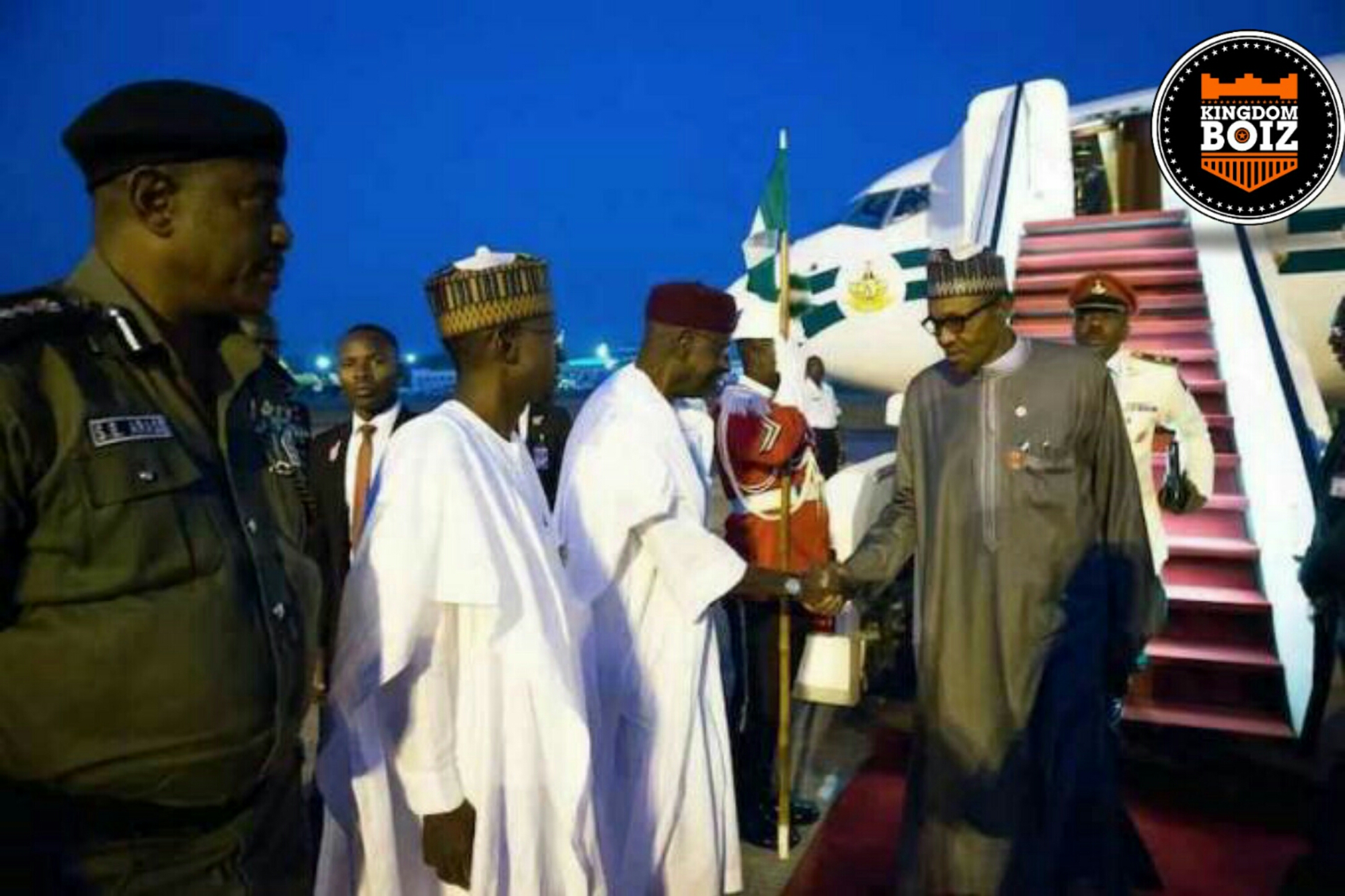 President Muhammadu Buhari arrived the country Friday at about 4 a.m., 51 days after he left the country on a medical vacation.

Owing to the closure of the Abuja airport, presidency sources informed THISDAY that his plane was scheduled to land at the Kaduna airport in the wee hours of Friday, following which he was to be flown by helicopter to the President Villa, Abuja.

The sources also revealed that the president might address the nation Friday after his long absence, in order to quell any concerns over his capacity to govern.
The news of his return Friday was broken last night in a statement by his media aide, Mr. Femi Adesina.

Adesina recalled that the president left the shores of the country on January 19 for a vacation, during which he was scheduled to undergo routine medical check-ups.
He said the scheduled vacation was however extended due to the advice by his doctors that he undergoes further medical tests.

According to him, the president expressed gratitude to the generality of Nigerians in all parts of the country and beyond who supported him in their prayers and good wishes while he was away.
“President Muhammadu Buhari is expected to return to the country tomorrow, Friday March 10, 2017. The President left the country on January 19, 2017 for a vacation, during which he had routine medical check-ups.

“The holiday was extended based on doctors’ recommendation for further tests and rest.
“President Buhari expresses appreciation to teeming Nigerians from across the country and beyond, who had prayed fervently for him and also sent their good wishes,” the statement said.

Earlier Thursday, the Archbishop of Canterbury, Rev. Justin Welby, had paid a visit to Buhari in Abuja House, London where the president had resided throughout his medical vacation.

The president, who announced Welby’s visit on his Facebook page, said he was pleased to receive the archbishop, whom he described as his friend.
“Very pleased to welcome my friend, the Most Rev. Hon. Justin Welby, the Archbishop of Canterbury,” the president had said.

Other than his doctors, Welby was possibly the first non-Nigerian citizen to visit the president in London since January 19 when he left the country.

Last month, the president was visited by numerous Nigerians including two leaders of the All Progressives Congress (APC), Senator Bola Tinubu and Chief Bisi Akande.
He had earlier been visited by the Governor of Ogun State, Senator Ibikunle Amosun, and Senator Daisy Danjuma.

He was also visited on February 23 by a National Assembly team led by Senate President Bukola Saraki. Also in the team was the Speaker of the House of Representatives, Hon. Yakubu Dogara, and the Senate Leader, Senator Ahmad Lawan.

The visit was made days after both Saraki and Dogara had disclosed that they had telephone conversations with Buhari.
While Saraki said he called Buhari, Dogara said the president had called him and discussed issues affecting the welfare of Nigerians with him.

The president left the country on January 19, 2017, four days earlier than scheduled, stating that he would return on February 6 to resume duty.
But on February 5, the presidency announced the extension of his vacation indefinitely, saying the president was waiting for the results of the medical tests and needed to be certified okay by his doctors before leaving London.

Since then, speculations have been rife over the president’s health.
Indeed, even before the presidency informed the public of the extension of Buhari’s vacation, there were rumours that he had died in the UK.
All these proved to be untrue after the presidency released proof of life photographs of the president and his visitors. 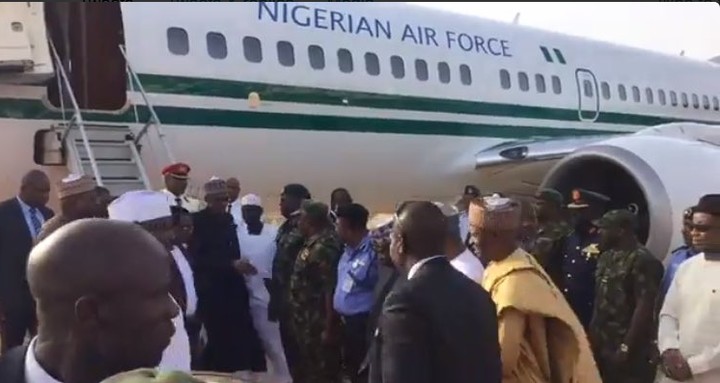 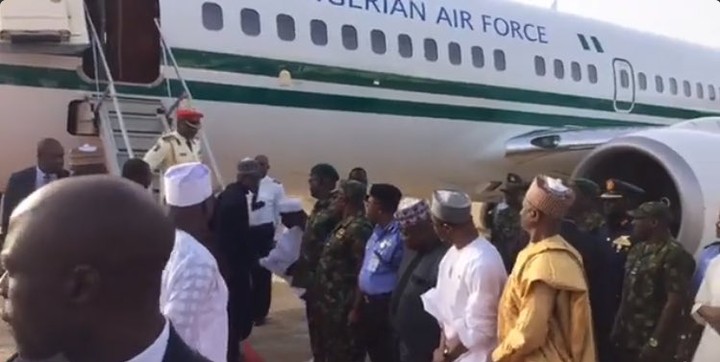