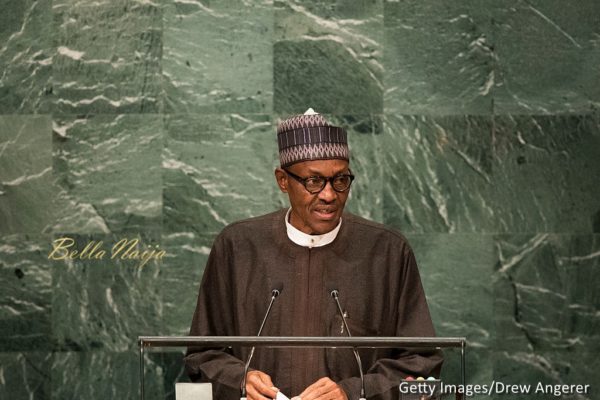 President Muhammadu Buhari on Tuesday forwarded a request to the National Assembly to approve external borrowing plan of $29.960 billion to execute key infrastructural projects across the country between 2016 and 2018.

The president also requested for virement of N180.8 billion in the 2016 budget for provision of needed votes for some critical sectors across the 36 states of the federation and the FCT.

Buhari made the requests in two separate letters to the President of the Senate, Dr. Bukola Saraki, and Speaker of the House of Representatives, Yakubu Dogara, which were read on the floor of both chambers.

The president, in the external borrowing plan, explained that targeted projects cuts across all sectors with special emphasis on infrastructure, agriculture, health, education, water supply, growth and employment generation.

Other sectors he said included poverty reduction through social safety net programmes and governance and financial management reforms, among others.

According to him, the cost of the projects and programmes under the borrowing (rolling) plan is $29.960 billion.

This is made up of proposed projects and programmes loan of $11.274 billion, Special National Infrastructure projects $10.686 billion, Euro bonds of $4.5 billion and Federal Government budget support of $3.5 billion.

He explained further that the loan was very necessary in view of the serious infrastructure deficit in the country.

He said the country had huge infrastructure deficit and enormous financial resources required to fill the gap in the face of dwindling resources.

“This is in addition to the inability of our annual budgetary provisions to bridge the deficit. It has become necessary to resort to prudent external borrowing to bridge the financing gap. This will largely be applied to key infrastructure projects namely power, railway and roads among others,” he added.

He said the request arose due to shortfalls in provisions for personnel costs; inadequate provision ab initio for amnesty programme; continuing requirements to sustain the war against insurgency; and depreciation of the Naira.

The letter reads in part: “In the course of implementing the 2016 Appropriation Act, several MDAs have presented issues pertaining to salary shortfalls, the settlement of part of which has led to the depletion of the Public Service Wage Adjustment.

The provision for NYSC in the 2016 budget is inadequate to cater for the number of corps members to be mobilised this year.

In fact, an additional N8.5 billion is required to cover the backlog of 129,469 corps members who are due for call-up but would otherwise be left out till next year due to funding constraints.

Similarly, the provision for meal subsidy for the Unity Colleges is inadequate for the number of students in the schools.

Due to the devaluation of the Naira, the budgetary provisions for the foreign missions are no longer sufficient to cover all their costs,”he said.

According to him, the reasons for the request for virement, include shortfalls in provisions for personnel costs; inadequate provision ab initio for some items like the amnesty programme; continuing requirements to sustain the war against insurgency and depreciation of the Naira.

“However, considering the fact that budgeted revenues are running behind target due to the renewed violence in the Niger Delta. Also there are no supplementary revenue sources, the most viable option for now is the virement of appropriated funds from heads or sub-heads that may not be fully utilised before the end of this fiscal year,” Buhari added.

Statutory transfers to Public Complaints Commission is estimated to gulp N1.2 billion while the virement in respect of capital expenditure for the Nigerian Air Force is N12.708 billion.

Lastly, the president requested that N300 million be vired from the budget of the Ministry of Power, Works and Housing to fund the construction of 132KVA sub-station of fallen transmission towers, replacement of glass insulators at Gwaram, Jigawa.