President Muhammadu Buhari Returns To Nigeria | Says “I Am Okay. I Am Better” 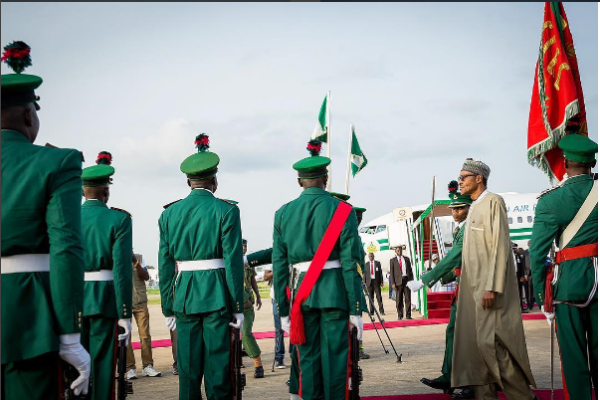 President Muhammadu Buhari on Sunday returned to Nigeria after spending 14 days in London.

According to Channels Television, Buhari, speaking to reporters at the airport said:

“I am Okay. I am better. You can see me inspecting the guards of honour. Now you can do the assessment yourself.”

Buharis’s Special Adviser (Media and Publicity), Femi Adesina had announced that the president was going to “rest” and “see an E.N.T specialist” for further evaluation of a persistent ear infection, after he was examined by his personal physician and treated by an E.N.T specialist in Abuja.

According to a tweet by Bashir Ahmaad, the president’s Personal Assistant on New Media, Buhari said: