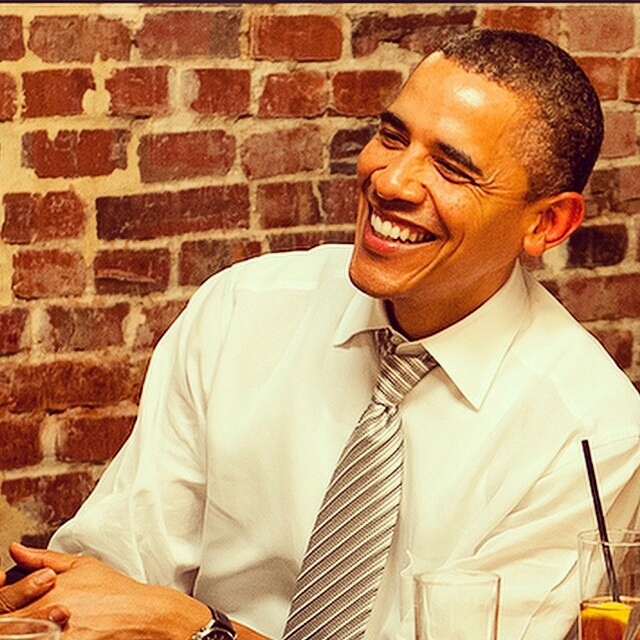 During the interview, Obama did not hold back from taking digs at the GOP nominee, even revealing that he has heard and seen Trump’s lewd tape with Billy Bush and  condemned Trump’s remarks during the election season thus far.

“What we haven’t seen before is someone questioning the integrity of elections and well of the people,” he described, calling out Trump’s “politics of putting down in explicit terms of Muslims, patriots, [and] describing women on a one to ten score.”

“I now have an iPhone, but it is, you know, like, the phone you give your 2-year-old, where they can pretend to press things, but nothing actually happens? So my phone has no phone, no camera, no music – all it has is the Internet, and I can send e-mails, But my rule has been throughout my presidency, is that I assume someday, sometime, somebody will read this e-mail, so I don’t send any e-mail… that at some point won’t be on the front page of the newspapers.”

President Obama shares why he’s glad that he can’t run for another term and explains why he’s keeping his family in Washington D.C. when they move out of The White House

Jimmy asks President Obama if he wishes he were running against Trump. Obama shares his opinion on the
republican nominee.:

Obama admits to laughing at Donald Trump during the debates and recalls the first time he saw the infamous tape.

The President also recalls his daughter Sasha teaching him about Snapchat and talks about the limited number
of things he can do on his Phone.