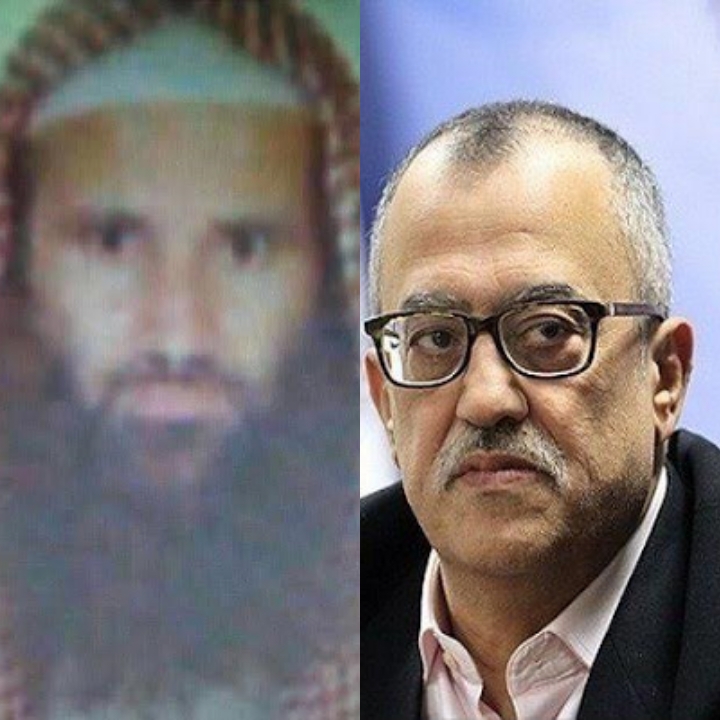 A prominent Jordanian writer (Pictured left)  was shot dead by a suspected Islamist gunman (Right)  on Sunday, September 25th, outside the courtroom where he was due to stand trial for insulting Islam by sharing a cartoon on Facebook.

Nahed Hattar, a 56-year-old intellectual from Jordan’s Christian minority, was gunned down on the steps of a courthouse in Amman in what appeared to be a religiously motivated attack.
Hattar was arrested in August for sharing a cartoon on Facebook showing a bearded man in heaven smoking, lying in bed with women and calling on God to bring him wine and cashew. He captioned the cartoon which he deleted shortly after posting it:

“It mocks terrorists and their concept of God and heaven. It does not infringe God’s divinity in anyway”

Mr Hattar said the cartoon was intended to mock
jihadists and their twisted interpretation of Islam
but Jordan’s government charged him with
insulting the faith and “provoking sectarian rifts”.
The writer rejected the charges and planned to
fight the case.

“I am mocking the terrorists and their
conception of hell and heaven,” Mr Hattar
wrote shortly before his death. “I’m not insulting the supreme Allah, at all, on the contrary, I’m against the type of God that the terrorists worship

The gunman was arrested at the scene has been
identified as Riyad Ismail Abdullah, a 49-year-old
imam who recently returned from making the Hajj
pilgrimage to Saudi Arabia.
Mr Hattar’s family immediately blamed Jordan’s
government for failing to protect the writer, saying the decision to publicly charge him with offending
Islam had made him a target for Muslim
extremists.

We hold the Ministry of Interior
responsible,” said Jamal Attar, a cousin.

“This is the first assassination in Jordan that
targets a person over nothing but his
opinion, for vreedom of speech. The prime
minister was the first one who incited
against Nahed when he ordered his arrest
and put him on trial for sharing the cartoon.” the victim’s cousin Saad Hattar
said. 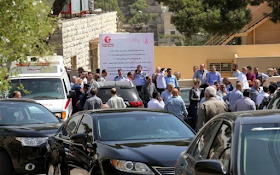 Jordan’s government condemned his murder,
calling it an “ugly crime” and promised
“investigating the incident and holding the
criminal accountable for his offense”