Prophecy Was Made That I Will Be Vice President – Osinbajo 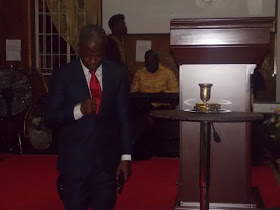 Vice President Yemi Osinbajo says becoming the
Vice President was the fulfillment of a prophecy in
2013 where it was said that he will be made Vice
President of Nigeria. Osinbajo who said this while
speaking at the Pan African Gathering Conference
for 2015 of House of Revival Church, Brakpan, South Africa yesterday October 9th, said he never
took the prophecy serious. 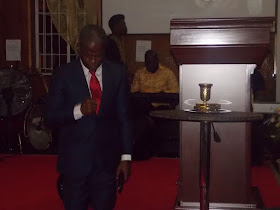 “This prophetic gathering is very special
indeed. One of the reasons why it is special
is because it just shows you God works.
God doesn’t look at size, he doesn’t look at
anything fancy, he just does it in accordance
with His grace and mercy. I was sitting here in 2013 when a prophecy was made that I
will be vice president of Nigeria and I didn’t
take it seriously,“ he said.