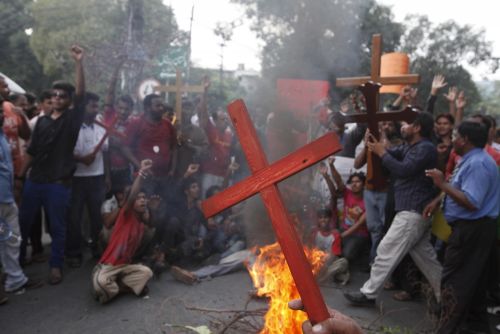 A Protestant Christian church was burned by
suspected Islamic radicals in the village of Bath
in Pakistani Punjab, leaving Christians in the
community fearful and asking for protection.

Fides News Agency reported that the Protestant Christian congregation called
“Apostolic Church” was set on fire last week
following a dispute between Christians and
Muslims in the village. The attack occurred the
day after a prayer vigil for Epiphany on Jan. 6,
when an arson destroyed the church building.

Pastor Zulfiqar of the Apostolic Church revealed
that Bibles and sacred vessels were burned in
the fire, and suggested that the earlier dispute
between Muslims and Christians might have
had something to do with the attack.

The British Pakistani Christian Association also reported the attack in Bath village, noting that it
created “great suspicion and fear” among
Christians in the community who believe it was
a religiously motivated attack.

The fire was reported to the police, though
authorities initially claimed that it could have
been caused by a short circuit, and refused to
file a report.

Dildar Bhatti, a local resident who lives close to
the church, said police refused to cooperate
with villagers.

“I showed police officials suspicious marks on
the wall of the church that illustrated someone
had climbed the church wall to gain entry to
our church, but the police officers just ignored
my evidence and did not add the detail to their
reports,” Bhatti said.