Queen Elizabeth Nearly Shot By Her Guardsman As She Strolled The Palace Grounds At 3a.m 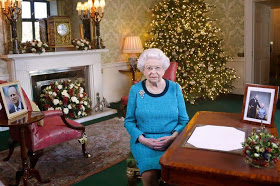 Queen Elizabeth narrowly escaped being shot by one of her guardsmen after she was seen wandering the garden of what is believed to be Buckingham Palace at 3 a.m.

The queen who is known to walk around the palace whenever she can’t sleep was taking one of such walks, dressed in a winter coat, when the guard came across the Queen and taking precaution, asked, “Who’s that?” It was only then that he realised it was the monarch.

He was reported to have exclaimed “Bloody hell, Your Majesty. I nearly shot you” to which the Queen replied, “That’s quite all right. Next time I’ll ring through beforehand so you don’t have to shoot me.” 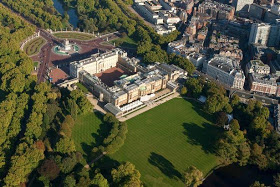 In 2013, Prince Andrew had the same encounter in the same garden when he was confronted by a policeman who mistook him for an intruder in broad daylight.

The vigilance of the security guards is quite understandable considering how often intruders have scaled the fence and gotten into the palace in the past.

In August 2016, a 22-year-old man was arrested after he climbed over a security fence just after4 a.m. and was spotted by officers monitoring the CCTV. In May 2016 Denis Hennessy, 41, climbed over the fence and roamed freely in the palace grounds.

When he was found by officers he repeatedly asked them “Is Ma’am in?”