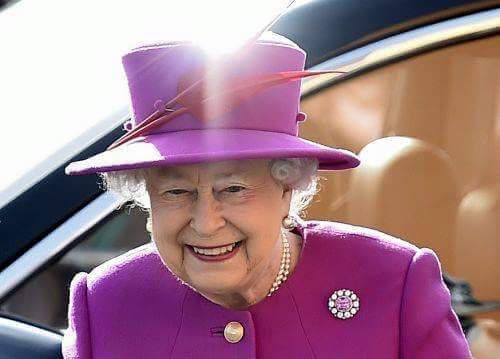 Queen Elizabeth II opposed the legalization of same-sex marriage in England because of her deeply held Christian values, a close friend has reportedly told a London-based newspaper.

The UK Daily Mail published a story Sunday which claimed that the queen, who is also head of the Church of England, secretly opposed gay marriage but was in favor of civil partnerships. The unnamed “friend” said the monarch was frustrated by the fact that she could only “advise and warn” on the issue

“It was the ‘marriage’ thing that she thought was wrong, because marriage ought to be sacrosanct between a man and a woman,” said the friend, as quoted by the Daily Mail.

The Daily Mail also stated that the reported revelation of her views on the definition of marriage was part of an overall series of stories about the queen as she nears her 90th birthday.

“Following extensive interviews with courtiers past and present, friends of the queen and family members, we can also reveal one of her most senior former aides believes it was a mistake not to lower the Buckingham Palace flag after Princess Diana’s death — and that he is convinced the queen now shares this view,”

In March of 2014, England and Wales legalized gay marriage, one month after Scotland did the same. Northern Ireland is the only member nation of the U.K. that has not done likewise

“Those in civil partnerships can choose to convert their relationships to marriage, via a procedure expected to be in place by the end of the year, but are under no obligation to do so,” reported the BBC.

“The law prohibits the Church of England from performing same-sex weddings, and allows other religious organisations to refuse to perform them.”

The Daily Mail’s story about the queen opposing the legalization of gay marriage has not gone unchallenged, as The Daily Beast published an article Monday rejecting the U.K. publication’s claim.
Authored by Tom Sykes, the rebuttal piece quotes and cites unnamed senior personnel from
Buckingham Palace, with one staffer as saying, “It seems unlikely that one of her friends would pass on her thoughts to The Mail,” and another calling the piece “spurious and unsubstantiated.”

“Palace staff — many of whom are gay — are hamstrung by the fact that the queen maintains strict political neutrality and would never publicly comment either way about issues such as same- sex marriage,” The Daily Best reported.