Quit Notice: Every Nigerian Has The Right To Live Anywhere – President Buhari 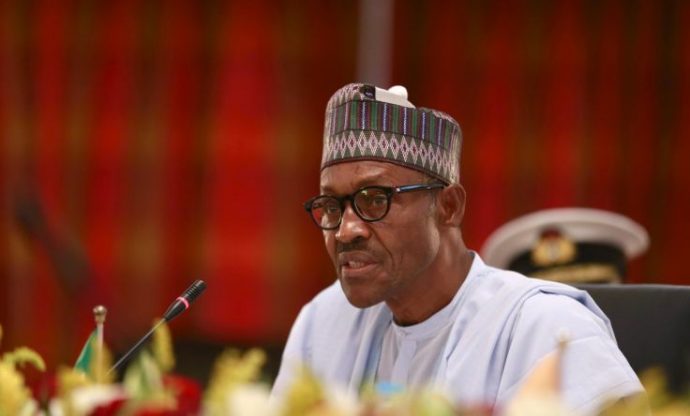 President Muhammadu Buhari on Monday issued a stern warning to those issuing quit notice to other ethnic groups in their region.

Buhari gave the warning in an early morning national broadcast to Nigerians.

Recall that while he was in London, a group of Northern youth had asked all Igbos in the region to leave before October 1.

The President said every Nigerian has a right to live anywhere in the country, while stating that the country’s unity is not negotiable.

“Every Nigerian has the right to live and pursue his business anywhere in Nigeria without let or hindrance.

“I believe the very vast majority of Nigerians share this view.

“Nigeria’s unity is settled and not negotiable. We shall not allow irresponsible elements to start trouble and when things get bad they run away and saddle others with the responsibility of bringing back order, if necessary with their blood.”

He added, “This is not to deny that there are legitimate concerns. Every group has a grievance. But the beauty and attraction of a federation is that it allows different groups to air their grievances and work out a mode of co-existence.

“The National Assembly and the National Council of State are the legitimate and appropriate bodies for national discourse.

“The national consensus is that, it is better to live together than to live apart.”

He recalled his encounter with the leader of the failed Biafra Republic, the late Chief Emeka Odumegwu Ojukwu in 2003.

“After I joined partisan politics, the late Chief Emeka Ojukwu came and stayed as my guest in my hometown Daura. Over two days we discussed in great depth till late into the night and analysed the problems of Nigeria. We both came to the conclusion that the country must remain one and united.

“I am charging the security agencies not to let the successes achieved in the last 18 months be a sign to relax.

“Terrorists and criminals must be fought and destroyed relentlessly so that the majority of us can live in peace and safety.

“Therefore we are going to reinforce and reinvigorate the fight not only against;

“Elements of Boko Haram which are attempting a new series of attacks on soft targets, Kidnappings, farmers versus herdsmen clashes, in addition to ethnic violence fuelled by political mischief makers. We shall tackle them all.

“Finally, dear Nigerians, our collective interest now is to eschew petty differences and come together to face common challenges of; economic security, political evolution and integration as well as lasting peace among all Nigerians.

“I remain resolutely committed to ensuring that these goals are achieved and maintained. I am so glad to be home.”