Rapper, Kendrick Lamar And His Fiancee Whitney Alford Are Expecting Their First child

That’s Whitey and her growing baby bump hidden in an Adidas tracksuit as she posed for a photo with her relatives above. Kendrick Lamar and Whitney Alford who started dating from high school got engaged in April 2015 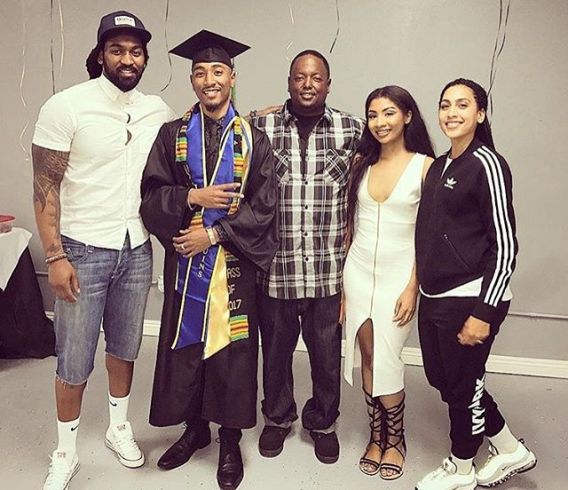