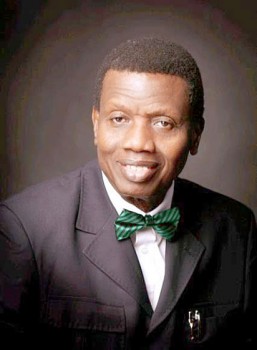 Speaking to journalist on the 5G connection, the Pastor in Charge of Sport Evangelism Empowerment And Development (SEED) who is also Assistant Pastor–in-charge of Province 1, Pastor Femi Olunuga explained that the province had been involved in sports development for the past five years and it also believed that sports could be used as a catalyst to change lives, transform communities, shape the future of nations, reduce crime, improve behaviour and increase ethical and racial tolerance.

The project which will kick start by 2017 according to the organisers will provide a laudable platform for thousands of street footballers within Lagos who will be identified in their locality and registered appropriately into the church data bank.

In his words: “For the new season which is coming up 2017, God gives us a new name and our sporting activities will no longer be called championship tournament or championship cup but 5G Connection. We are inviting all sports men and women, we are starting with football because it attracts large crowd, all sporting activities will be covered to be part of 5G Connection and this 5G Connection is made up of God’s covenant, God’s grace, attainment of grace, heart of gratitude and moving from glory to glory.