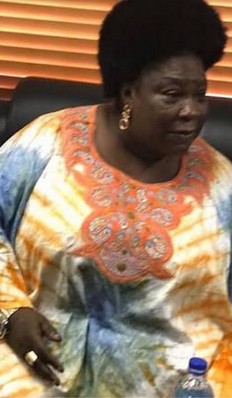 Momoh, 58, was also granted N500,000 bail with two sureties in like sum. The woman was on March 24 stopped from jumping off the 3rd Mainland Bridge into the Lagoon by operatives of the Rapid Response Squad (RRS) of the Lagos State Police Command.

Then, Momoh, who lives in Lekki Lagos, disclosed that she was pushed to committing suicide in order to put an end to her constant sleeplessness and shame occasioned by her indebtedness to 3 Swiss textile dealers. .

The member of RCCG, disclosed that on several occasions she had attempted to see her Parish Pastor to identify with her problem and for the church to help her raise money, all to no avail.