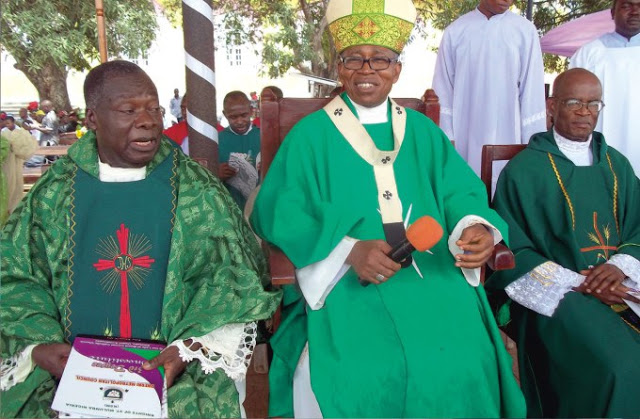 Speaking to the congregation who attended Church Service at St Matthew Catholic Church, Uratta, Owerri North Local Government Area of Imo State,
he also said that the poor who are more in number are neglected.

In this country, the rich no longer care for
the poor. The rich want to get richer and they want
the poor to remain at that level of their suffering. Let
me tell you, our country is in recession because of
the marginalization of the rich against the poor.

The government is not playing their role to stop this suffering of Nigerians.

“Imagine that the Dollar is increasing on a daily
basis to the extent that only the rich can now place
their hands on the Dollar, making it very difficult for
the poor to survive going by the increase in price of
the various commodities in our markets.”

Furthermore, he said that the situation faced by
Nigerians could not be justified, as such economic
hardships could have been averted if only
transparency and due process were adhered to by
the leaders.

“All of you, who have found yourself in this
situation should hold on to God. The situation
against the poor can never be justified. The rich has
refused to put smile on the faces of the poor. I pray
that God will intervene in your condition” he said