Religious Killings: Twitter Attacks Journalist For Advising CAN To Arm Christians In Kaduna 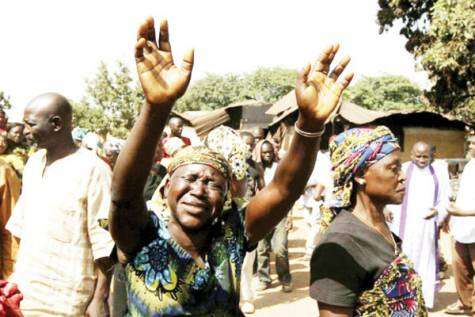 A call for balance in terror has been placed by Sam Omatseye, a veteran journalist to the Christian Association of Nigerian (CAN.)

The Christian Association of Nigeria (CAN) has been advised to do something drastic about the religious killings in the country, Southern Kaduna in particular.

According to Sam Omatseye, Chairman of the Editorial Board,The Nation newspaper, CAN needs to balance the terror by arming Christians.

“102 killed and 500000 houses razed in southern Kaduna. Isn’t it time for CAN to use its tithes to buy arms for Christians for self defense?

“Same happened when govt didn’t defend Itsekiris against Ijaws, they armed themselves and ended the war. It’s called balance of terror,” he added. 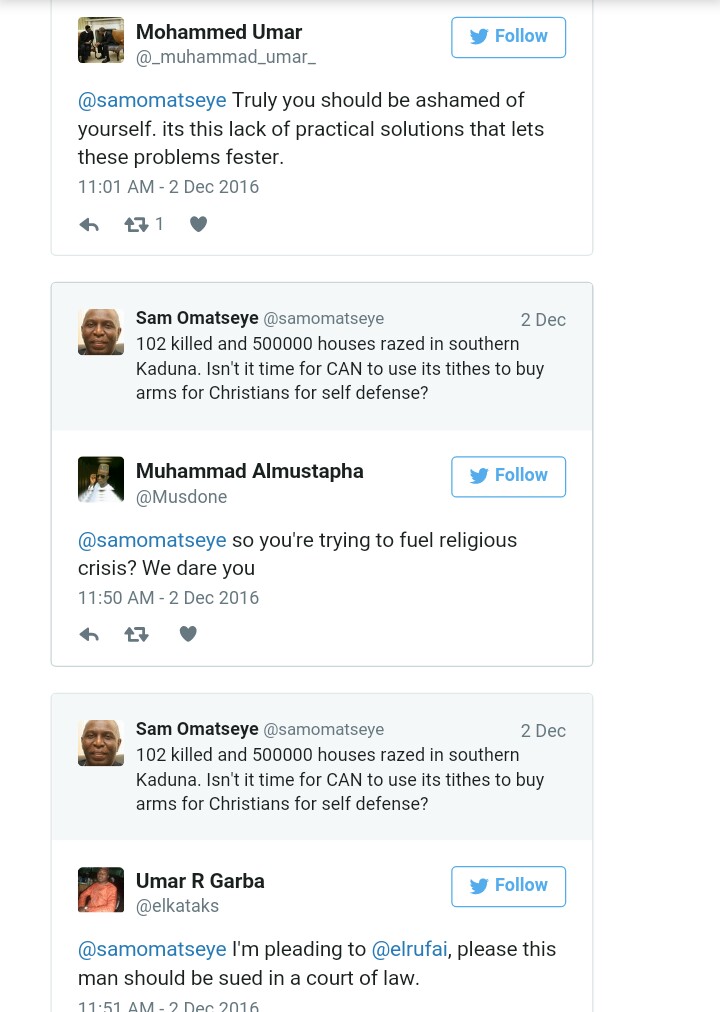 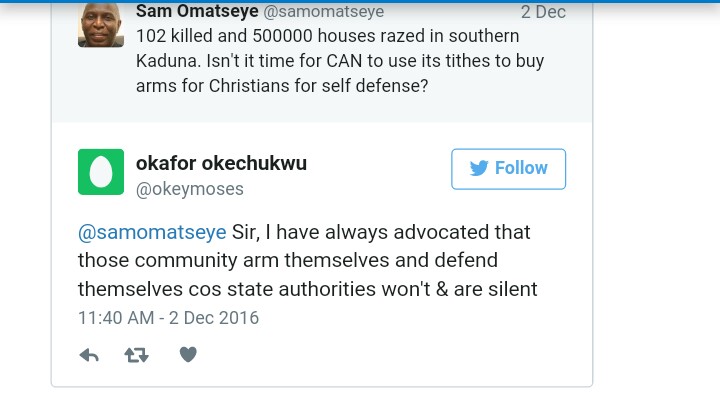 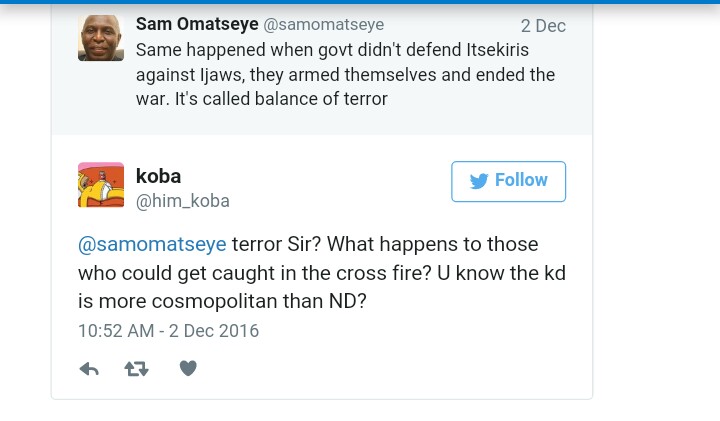 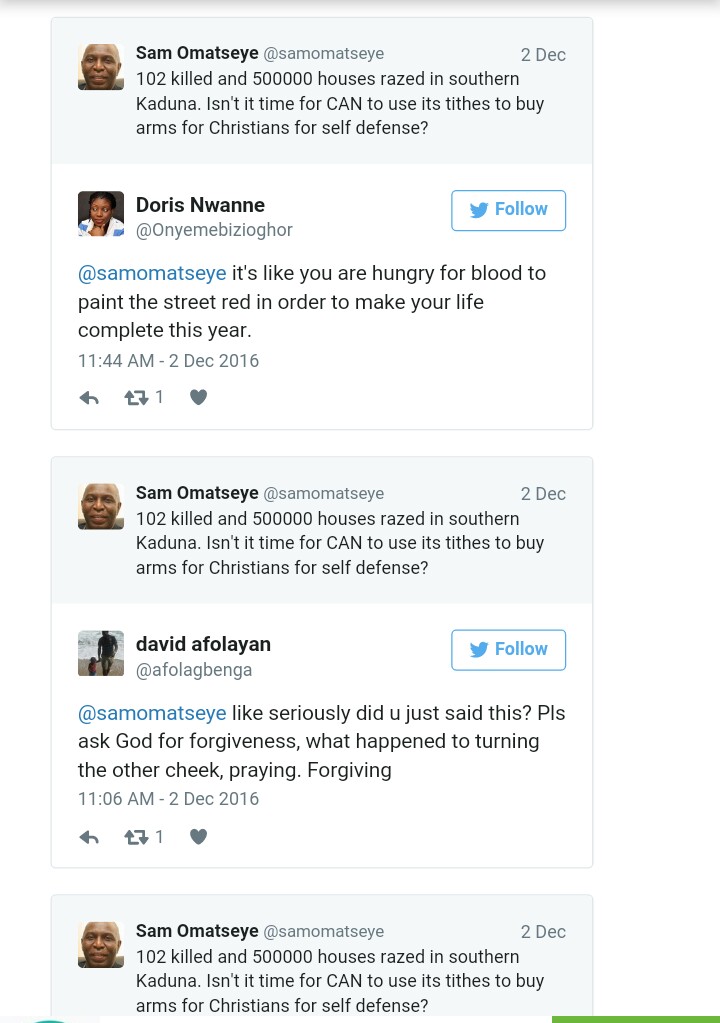 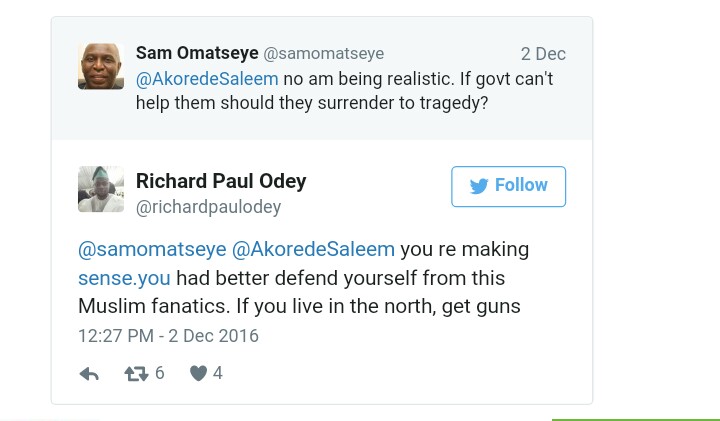 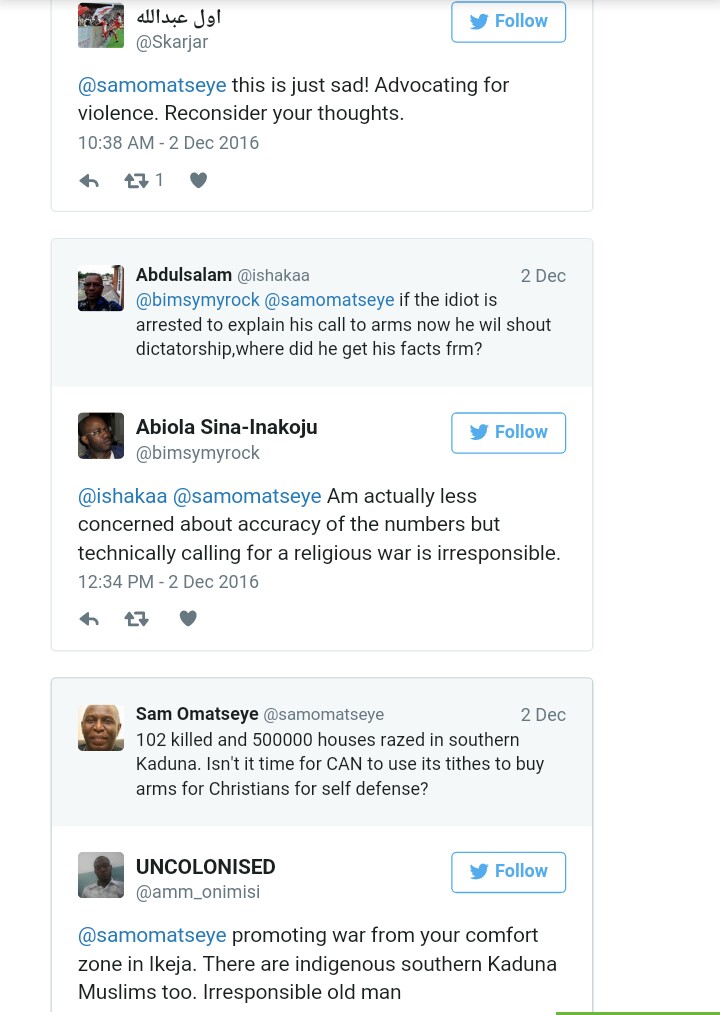 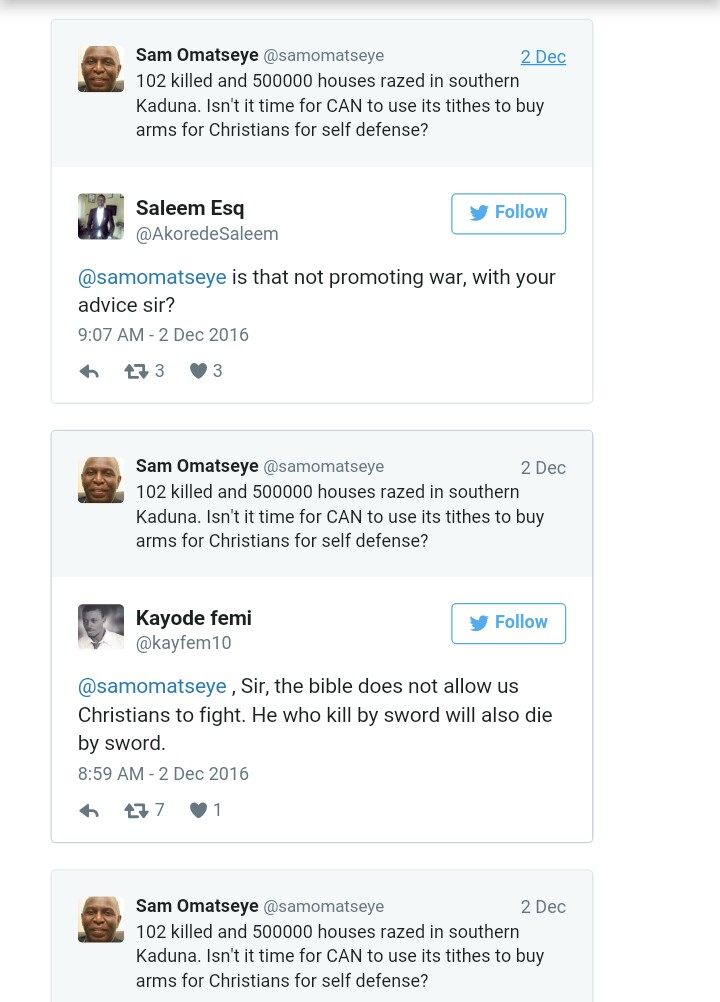 He later responded by writing, “those attacking me don’t know English. I only called for self-defence. If no one attacks them then there will be peace. FG should do its job.”

What do you think? Should CAN take his advice