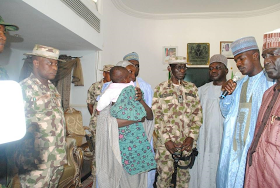 Newly rescued Chibok girl Maryam Ali Maiyanga and her 10-month-old son have been handed over to the Borno state government. Maryam was rescued near Pulka in Gwoza local government area of Borno state yesterday morning by troops. Speaking during the handing over, the Theatre Commander of Operation LAFIYA DOLE,  Major Gen. Lucky Irabor said Maryam had informed them that her predator and father of her son, was killed in one of the military operations at Sambisa forest. 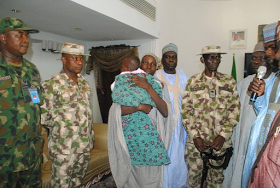 “She revealed to our troops that her Boko Haram “husband” who is the father of her 10-month old baby named Ali was killed during one of the military operations in Sambisa Forest. I believe, and we are hopeful that all the other captives would be released. This has come, and it has strengthened our hope that the rest would be rescued” he said. 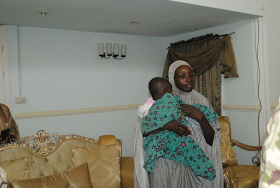 Members of the Chibok community have confirmed that Maryam is indeed one of the missing Chibok schoolgirls. They however said that Maryam’s twin sister who was kidnapped also has not been rescued.