Resign If You Are Incapacitated – Anglican Church Urges Buhari 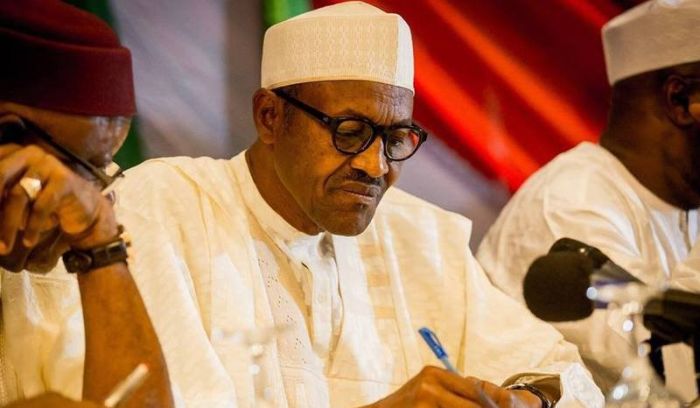 As part of the decisions taken by the Anglican Church during her 3rd session of the 16th Synod, the Enugu Diocese of the Anglican Communion has urged President Muhammadu Buhari to resign if he can no longer perform.

The Enugu Diocese of the Anglican Communion has urged President Muhammadu Buhari to throw-in the towel if he can no longer perform owing to ill health.

The Church is of the opinion that the situationwas affecting the development of the country.

This was part of the decisions taken by theChurch during her 3rd session of the 16thSynod, which held at the Christ Redemption Church, WTC, Enugu.

In a communiqué issued after the synod,which was signed by the Archbishop of the
Enugu Province and Bishop of the Diocese,
Most Rev. Dr. Emmanuel Chukwuma, Ven.

Augustine Orah, the Synod Secretary and the Registrar, Sir, (Barr) H.B.C Ogboko, the
Church said it took note of “President
Muhammadu Buhari’s ill health, which has kept him out of office for long, thereby
impeding the growth of the nation.

“The synod thereby prays God to grant him divine healing. The synod, however, observes
that in the event where the President is unable to discharge his duties and or perform the functions of his office owing to ill health, he is enjoined to resign from the office.”

On the quit notice slammed on Igbos resident in the North, the Church frowned at what it
called hate speeches from the Northern
youths and their sponsors against the Igbos, warning that “the repetition of the pogrom of
1967 whereof the Igbos were massively and brutally massacred in the Northern Nigeria and
calls on the Federal Government to ensure adequate protection of the lives and properties of Ndi Igbo residing in the Northern part of Nigeria.”

The Church further expressed sadness that “despite the huge outcry and condemnation of
the violent activities of Fulani herdsmen, they are found carrying arms used to attack, kill
and maim innocent citizens in various
communities across the nation.

“The Synod, therefore, implores the Federal Government to take proactive steps rowards check-mating the activities of these Fulani herdsmen.

“The Synod is deeply dissatisfied that the power situation in the country is degenerating and poor services being rendered by the
DISCOS, yet electricity tariff is on the
increase.

“The synod calls on the Federal Government to compel the DISCOS, particularly the EEDC
to provide customers with prepaid metres and avoid imposition of estimated bills.”

On the war against corruption, although the Church lauded the Federal Government, it urged the Economic and Financial Crimes
Commission, EFCC, “to stop media trials of suspects in their custody and ensure the conclusion of investigations before arraignment and prosecution of alleged offenders.”