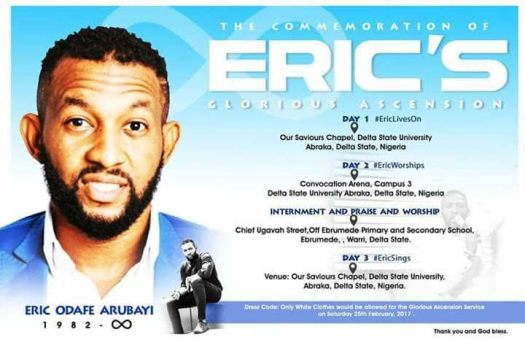 The family of gospel artist Eric Arubayi, who passed away on the 11th of February 2017, have released the details of his burial arrangments. The musician who is survived by his wife, son, siblings, and parents will be buried in Delta state on the 25th of February 2017.

Eric died at a hospital in Delta State after he took expired drugs that were meant to treat his malaria and typhoid ailment.

Our thoughts remain with his family in this difficult time.