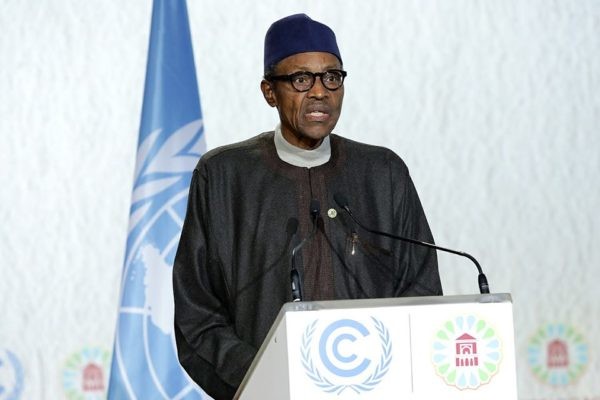 The Presidency has described the #ResumeOrResign group as an illegal assembly formed to frustrate the Federal Government’s ongoing campaign against corruption in the country.

The Senior Special Assistant to the President on Media and Publicity, Garba Shehu, stated this when he addressed members of the Centre for Civil Society and Justice (CCSJ), at the precincts of the Aso Rock Villa, Abuja, on Thursday.

Members of the Centre, a civil society coalition, staged a rally in support of President Muhammadu Buhari, who is on medical vacation in London.

Shehu dismissed the #ResumeOrResign agitation as an illegal assembly stealthily organized to deliver a body blow to the war against corruption.

According to the presidential aide, any attempt to derail the war against corruption using subterfuge and bluff will not succeed.

Shehu praised members of the centre and other Nigerians for rising against “the chaotic rout of protesters’’ who assembled at the Unity Fountain demanding the return of President Buhari, dismissing such demands as unlawful. He said:

It might be taken for granted that the beneficiaries of the old order are fighting back. We have been warned that corruption will fight back.

In a country where just one woman for having the opportunity to serve as minister has N47.2 billion and 487.5 million dollars of public resources in cash and property traced to her by the Economic and Financial Crimes Commission (EFCC) you don’t expect the beneficiaries of that order to allow the Buhari administration some peace.

They want to distract us. But what the Presidency wants to assure patriotic citizens is that the government will not bend.

As far as the President is concerned, he has done the needful by handing the reins of authority to the Vice President. Since the law of the country does not give a time limit for the President’s return, it cannot be imposed by a saber-rattling musician.

The Presidential spokesman commended the CCSJ for being orderly in their demonstration and urged them to shun all provocations by opponents of the government. He said:

By divine intervention, Muhammadu Buhari unexpectedly got elected with the ostensible mandate of reversing national decline and securing its future.

He got into the Villa through Democratic victory at the election. Anybody desiring to replace him, whether you are a wrestler, a hairdresser or a musician, you should go through that process. In a democracy, threats don’t work.

The Senate had on Tuesday via a statement signed by its spokesman, Sabi Abdullahi, reacted to the protests by a coalition of civil society organizations, who are demanding the resignation of President Buhari over his medical vacation in the United Kingdom.

The Senate maintained that President Buhari had broken no law as he complied with the provisions of the nation’s constitution which stipulated that he must handover to the vice president and duly inform the two chambers of the legislature about his medical vacation.

According to the statement, the National Assembly is satisfied that the president’s absence left no vacuum, and therefore cautioned the protesters against creating unnecessary tension in the country.