Return The Country To Where It Was Before You Came Into Office And Then Resign, PDP Tells President Buhari 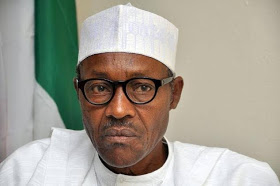 Peoples Democratic Party has asked President Buhari to return the country to where it was in 2015 before he came into office and then resign
his position. The party said this in a statement issued by their spokesperson, Dayo Adeyeye, in Abuja yesterday Wednesday September 14th. The statement in part reads

“What Nigerians want from this
Administration are results, simple! And not resorting to throwing tantrums on the PDP
at every given opportunity.
Our call for the President to return the Country to how he met it in 2015 is justified on the following grounds: a bag of rice was N7,000 and now is above N20,000; a mudu
of beans was N150 and now is N500; one
US Dollar was trading for N197 but now
over N400; a liter of fuel was N87 but now N145; cost of transportation and other services have skyrocketed. Given our observation since the inception of this
government, they have nothing to offer and as such, quitting will be a solution
because nobody can give what he/she does not have. APC has failed. The PDP calls on Nigerians to recall President Buhari’s purported ‘body language’ at the
beginning of his administration and re-
iterated that governance is a serious business and not about someone’s body
language’ and de-marketing strategies of Mr. President while ‘globetrotting’. When
this government came to power in May 2015 riding on the achievements of
previous PDP Administration, President
Buhari handlers and his Party, the APC claimed it was his ‘body language’ that brought some positive changes the Country was witnessing at that time; so we want to
know what are the results of the so called ‘body language’?” Prince Adeyeye queried.
The Party concluded that the earlier the President and his team quits, the better for the Country, saying “there is no better time than now to make this call for the President
to return the Country to how he met it and quit, or right away quit for a more experienced team to take over”.