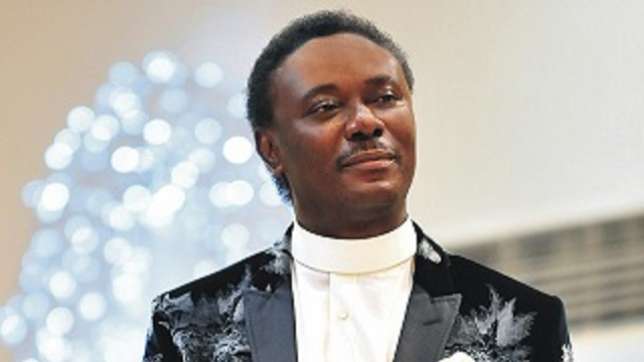 These, certainly, are not the best of times for the grex venalium (the  venal
crowd), popularly known by ordinary
Nigerians as treasury looters. The
ongoing battle by President
Muhammadu Buhari against this
corrupt cabal, who have held this nation hostage for years leaves no   one in
doubt that it is no longer business as
usual for politicians of  fortune. It is a
mistake to assume that this is President
Buhari’s private  battle to clean the
Augean stable. Rather, it should be seen as a  determined effort to right the
wrongs of the bad leadership, which
has  been the bane of Nigeria’s
development for decades.

Previous attempts to fight corruption
were somehow symptomatic but the
present government has adopted a
strong, pathological approach that   aims
to get to the root of the matter, which is
why every Nigerian  should give the president total support. What is being
done now, if  carried to the logical
conclusion, would free the country from
the  labyrinth of a deeply entrenched
tribe of Machiavellian politicians  whose
sole purpose for seeking power is to loot our common patrimony.

When former President Goodluck
Jonathan emerged on the scene, he
came   across as a power-shy, harmless
politician on whose shoulders
providence placed the leadership of this
great nation at a critical  period in our political evolution. His moving story of
grass to grace,  with the memorable line
that he went to school like many
Nigerians  without shoes, caught the
attention of the electorate, who gave
him the  mandate in his first-ever quest to seek elective office in 2011.

Once on the presidential seat in that
enclave called Aso Rock, we saw  a
different Jonathan altogether. Never has
a President in this country  come to
power with such level of goodwill and
blow it just as fast as  Dr. Goodluck Jonathan. Perhaps, overwhelmed by the
demands of office, or   ill-prepared for its
challenges, the first president from a
southern   minority exhibited poor
governing capacity and inherent
weakness   unbecoming of the leader of a huge country like ours. He had to be
goaded to act with firmness when
occasion demanded, which was why
he   virtually lost control of his
presidency to his cronies. His
appointees and associates went about looting the public treasury with
unprecedented impunity; not even the
intermittent public outrage moved
President Jonathan to sanction them.
And when he did, it was either   too little
or too late. Corrupt ministers were relieved of their posts  with slaps on the
wrist, while nothing was done about
their loot.

With the current anti-corruption saga,
we can now understand why
Jonathan and his PDP cohorts spared no
expenses to buy themselves back to
power. This time, however, the fairy tale
run of good luck failed them.   The hapless President was sent packing.
Serendipity was out of kilter! That era of
impunity ended suddenly, but we
cannot just sweep what happened
during the PDP government under the
carpet. Regardless of who is involved; justice must be done to send a clear
message that leaders must be
accountable even after they leave office.
I perceive that this   is what President
Buhari is trying to prove, that is why I
support him.

The charge of selective prosecution and
the ethnic or religious card  being played
by some to discredit this anti-corruption
war is nothing  but a mischievous
charade. Those arrested for suspected
corrupt  practices cut across the party, ethnic and religious divide. Nigerians
must, therefore, not fall for the antics of
the venal rich, who are  fighting back,
using media propaganda to win
sympathy.

One is, however, constrained to raise this
point because of a public  statement
credited to Anthony Cardinal Okogie in
which the Catholic prelate expressed
reservations about the government’s
philosophy in prosecuting the anti- corruption war vis-a-vis the rule of law
and his  perceived thinking that other
governance issues are not being
addressed as should. The Cardinal is
entitled to his opinion, but there is
no factual evidence to support this claim.

The venerable Cardinal is unappreciative
of the dialectics of change within the
Nigerian context. The Nigerian scenario
is indicative of an aberration embedded
in our political genes. Whereas politics
and  economics are sociological kinsmen, yet politics maintains an
ascendancy over economics in practical
realities. The hoi polloi  determines the
political leadership but economic
superintendence is  the prerogative of
the elite. Nigeria’s existential bane is not lack  of professors in mantled academia,
nor is it a paucity of economic
knowledge in the geo-political arena.
Rather, it is leadership,  leadership and
yet leadership. Ad nauseam!

Leadership is the terra-firma upon which
the citadel of progress can  be erected. If
the foundation be destroyed by
corruption what can the  righteous do?
It is my founded expectation that the
respected Cardinal  would urge the government to probe the leadership of
CAN, PFN and  other pseudo religious
organisations. who acquired their
fabricated  titles under spurious Christian
nomenclature.

If Attahiru Bafarawa was the accredited
agent of the Muslim prayers  welfare
package, who then collected on behalf
of the multitudes of  Christians? Who?
Who is that Christian proboscis whose
insidious  suction availed himself of billions of naira on behalf of the
followers of Christ? Who is that Judas?
Maybe Judases? What about  Pastor Ayo
Oritsejafor’s one-plane airline becoming
the surreptitious  instrumentality for
some covert military operations, involving over nine  million dollars in
South Africa? All sacred cows must
become  secularised.

Government must ascertain the scope of
pecuniary inducement that informed
their political alignments in the 2015
elections. What an irony, that those who
should scrupulously guide the people
are themselves poisoning the water from which the flock will drink.

Corruption is a hydra-headed
monstrosity that must be confronted by
the gladiators of righteousness. For
indeed, he who dares to face his  maker
will not tremble before the Sons of men.
Satis verborum!

We must understand that even if the law
is an ass, corrupt folks must  not be
allowed to ride it out of the dragnet of
the law when  apprehended. The
present campaign is a challenge to the
integrity of  our jurisprudence. Members of the bar and bench are Nigerians, and
they must not sabotage the efforts of
this government to restore  sanity to
governance in this country. There’s
nothing the EFCC has  done so far to
suggest that it disrespects the rule of law. The  president himself has said,
“You cannot fight impunity with
impunity.”