Rev. Mbaka: People Want To Put Me At Loggerheads With President Buhari 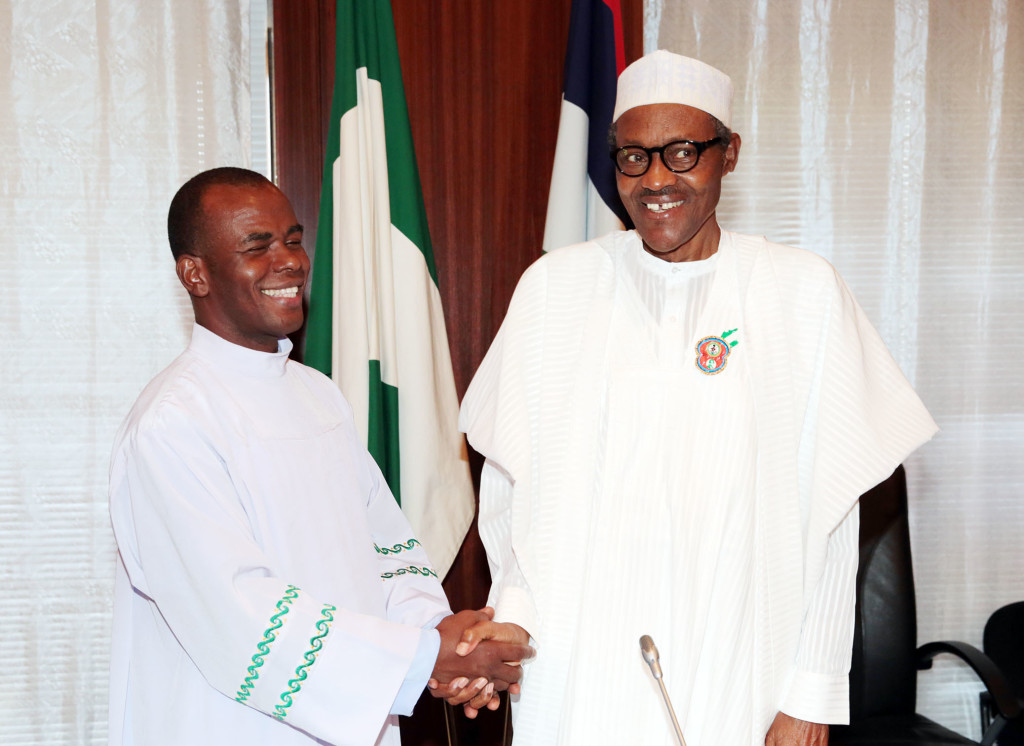 Enugu Catholic Priest, the Rev. Fr. Ejike Mbaka,
said Thursday that some Nigerians were trying
to cause disaffection between him and the
presidency.

Mbaka said contrary to earlier media reports that
he made negative predictions concerning the
President’s ill health, he merely alluded to the
reported claims by doctors

He said Nigerian doctors had expressed fears
over the chances of President Muhammadu
Buhari recovering from his illness. But, according
to him, he prayed against that.

The priest, who is in charge of the Adoration
Ministry, Enugu, Nigeria, spoke through his
media Chief, Barr Ike Maximus Ugwuoke.

According to him, “our attention has been
drawn to a report in a section of the media
alleging that Rev Fr Ejike Mbaka the Spiritual
Director of Adoration Ministry Enugu Nigeria said
that the President of the Federal Republic of
Nigeria, Muhammadu Buhari has slim chances of surviving from his ill health.

“The true fact is that there were media reports,
making fuss about Mr President’s health and
insinuating Mr President‘s slim chances of
recovering from his ill health, published
immediately the president went on vacation.

“Fr Mbaka referring to the said media report
during his prayers for the sick in the ministry
prayed with the worshippers of the ministry for
Mr President’s healing and health after which
there were lots of testimonies from the sick that
were healed of blindness, elephantiasis, deafness, cancer, tumor and all other diverse
healings at the end of the prayer session.”

He quoted Mbaka as saying: “They say the
sickness is E.N.T.  When it affects, the ear, it
affects the nose and affects the neck. We pray for
our President and any one that is suffering such
a dangerous disease.

“We lift our healing hands for divine healing
upon our president. Wherever he is, may he be
healed in Jesus name.

“The doctors in Nigeria are nursing fear that he
may not survive but we have a healing God.  His
name is specialist in impossibilities.”

He added that some persons were nose-diving
in the affairs of the ministry with a view to
causing unnecessary rift between the ministry
and the presidency.