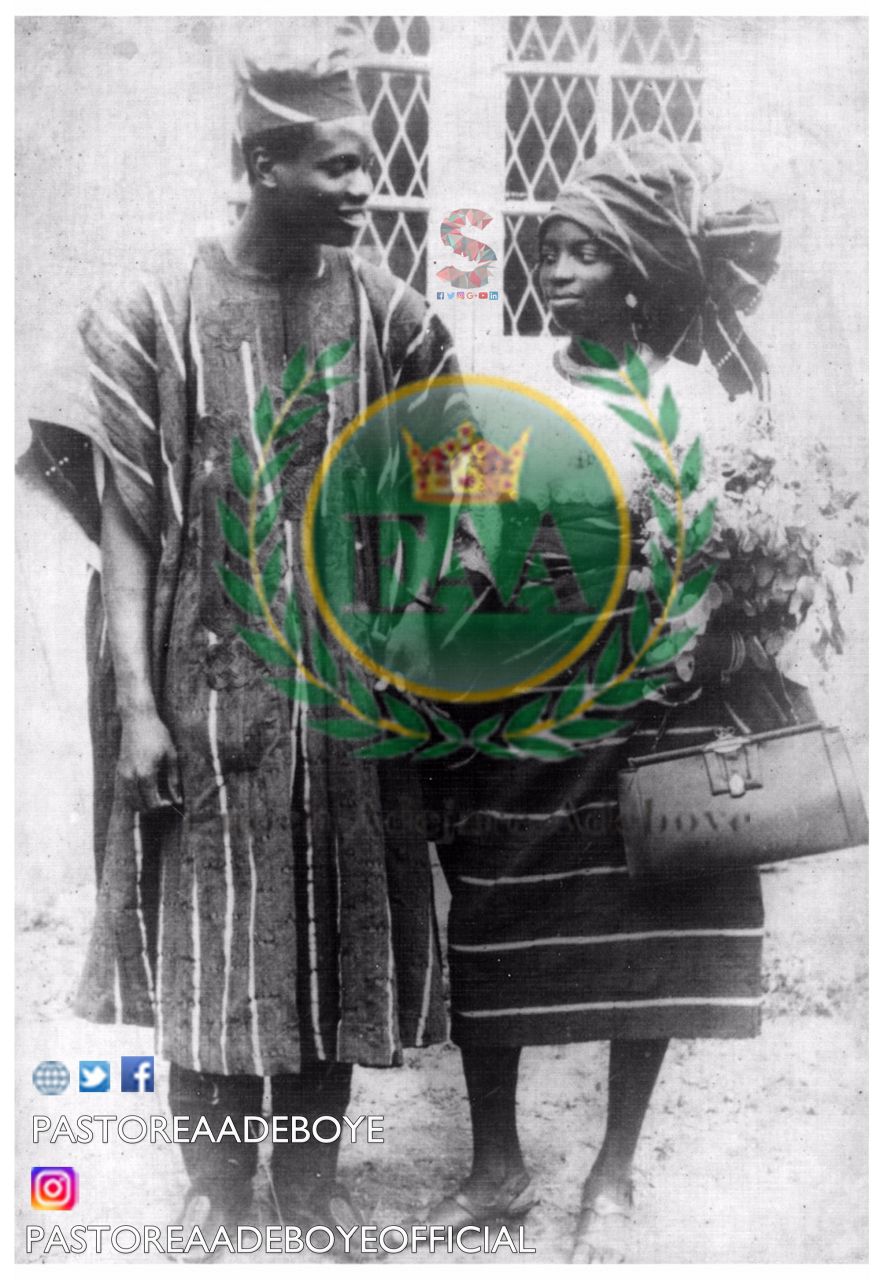 The love story of Pastor E.A Adeboye, General
Overseer of RCCG popularly known as Daddy GO
and his darling wife Pst. Mrs Folu Adeboye is one
that would go down in history as one of the most
romantic love stories ever. Daddy GO has not only
proved that having God at the centre of your life is key but he has also proved that real men still exist.

As they celebrate the faithfulness of God on their
49th anniversary this year. Here are 20 things you
would never believe Daddy GO does:

• Adeboye married twice surprise face hahaha…not
what you’re thinking. He had a traditional marriage
first then a white wedding in church about two
years after.

• Adeboye couldn’t afford a ring then but he
promised his wife that she will never lack anything
and has since kept this promise.

• When Adeboye could finally afford a ring, he
refused to buy or wear one. He also mandated his
last son, Leke Adeboye, to do same.

• Adeboye expects his wife to fast with him when
he is fasting. (We guess this saves on food
expenses lol)

• Adeboye eats dinner between 4-5pm and that’s it
for the day.

• Adeboye sometimes goes into the kitchen to give
moral support and taste the food. He also advices
on which food needs more seasoning or salt.

• At least 3 times every year, Adeboye leaves his
whole family for about 5 days, no phone calls, no
sex, no distractions, even his wife is not allowed
around him. (we all know whose face he goes to
seek)

• Adeboye used to be very fat, his weight was so
disturbing that his wife begged him to do
something about it.

• Adeboye would never leave Nigeria and is never
more than a 2-hours’ drive or flight away from his
wife on the month of her birthday. This is one of the
promises he made to her when they got married.

• Adeboye still gives monthly household expenses
fees to his wife till date. This even increases year by
year as inflation goes up

• Adeboye also gives his wife monthly self-
maintenance allowance (Don’t you want you some
Adeboye?)

• When he is at home, Adeboye kisses his wife
every morning and prays for her even before
coming out to see anyone else.

• Adeboye always buys marching watches, suit
cases. Everything he needs to get, he always makes
sure to get her own version of it.

• Adeboye always puts his wife first before his
children. Besides they will and have all left home
anyways.

• Adeboye has never stopped appreciating his wife
for her sacrifice over the years and putting her
dreams on hold so he could become who he is
today hence he never leaves her behind in
anything and everything he does.

WOW! I
bet you weren’t ready for these!!!