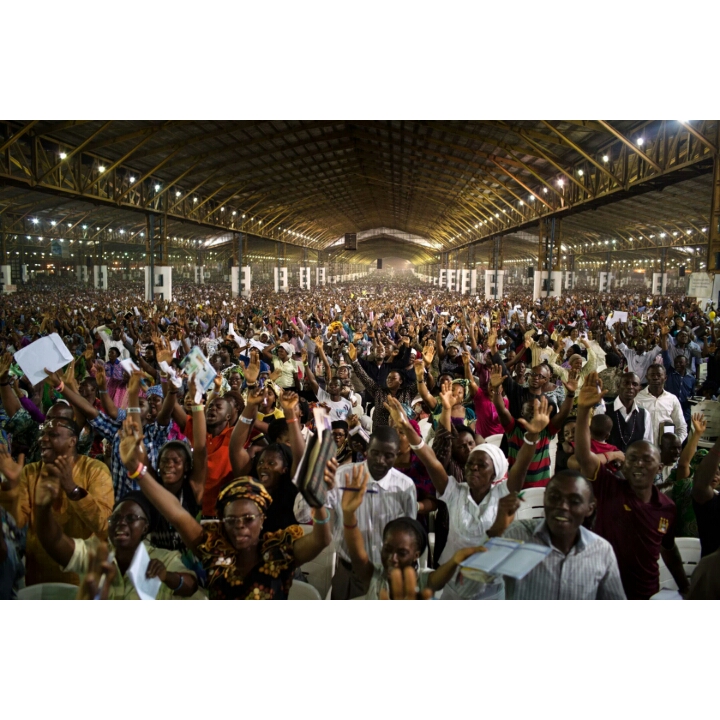 – Joseph Noruwa, a pastor with the Redeemed Church of God (RCCG) has revealed how a British missionary prophesied about Nigeria’s challenges

A Nigerian clergyman and pastor of the Redeemed Christian Church of God (RCCG), Chosen Generation Parish Lagos, Joseph Noruwa, has revealed that the country’s current problems had been predicted long ago, not even by a citizen of the country.

A church congregation in Nigeria
The Nation reports that according to him, the prediction was made by late Pa SG Elton, a British missionary who said Nigeria would suffer direly but recover to become the envy of all nations.

Details were not however given of how Nigeria would attain such height or who would take the country to this promise land.

Speaking while hosting a cross section of important guests, celebrities, government officials and businessmen during a service to mark the 56th independence anniversary, Noruwa said: “Pa Elton, regarded as the father of Pentecostal revival movement in Nigeria, had foreseen the current situations of things in the country as well as the subsequent restoration.

“He had stated that afterwards, however, Nigeria will overcome the predicaments and all countries of the world will defer to it for its success and righteousness.”

Noruwa recalled that it was through Elton that several leading pentecostal leaders in the nation grew in the 1960s and 70s.

“Nigeria/Nigerians will be known for corruption worldwide but the tide will turn and Nigeria will also be known for righteousness worldwide.

“Many shall take hold of him that is a Nigerian, saying, we will go with you for we have heard that God is with you,” Noruwa said.

He expressed optimism that Elton’s prophesy would come to pass and as a result, Nigerians must persevere and be patient.