Revealed: This Is What Brought About The New Biafra Agitation – Bishop Kukah 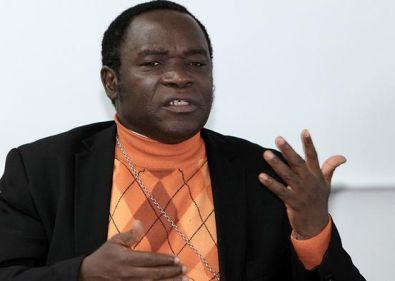 – He blamed poverty for some violent acts
in the country

Most Rev Matthew Hassan Kukah has revealed
that the renewed agitation for the actualisation
of Biafra was caused by the government’s poor
strategy in handling the issue.

The bishop of the Catholic Diocese of Sokoto
shared his thoughts in the 2016 edition of
Truth Magazine.

He said: “The so called movement for Biafra has
gestated more as a result of the poor strategy
that the government may have adopted in
dealing with these issues.”

“Nothing succumbs to mere mono-causality.
Everything is always the result of many other
isolated things that finally come together. Some
times, it is more important to ask what may
have provided the conditions. So, again, the so
called movement for Biafra has gestated more as a result of the poor strategy that the
government may have adopted in dealing with
these issues.”

Kukah said poverty was the main ingredient of
violence in the country as affluent places
recorded less violent issues.

‘’Extremism in whatever form operates in an
environment of weak government’s presence,
which tends to create a climate of corruption.
This is why most of the violence often springs
from the periphery of society where poverty
exists. It is also the reasons why you hardly find violence expressed in places like Asokoro,
Victoria Island or the GRAs where the big men
and women live together surrounded by their
wealth, power and privilege which enables
them to live peacefully. Violence is bred by the
fact that the poor are often fighting over water for example and other scarce commodities that
the big men and women take for granted.
Extremism thrives in the pools of poverty and
destitution and its victims are often the foot
soldiers.’’

On whether religious violence in the country
starts from political attacks he said: “It can start
from anywhere, but the failure of politics does
help and to the extent that politics is about the
distribution of resources, where this is not
done equitably, people are often predisposed to violence. So, political failure may be a
necessary but not a sufficient condition.”

Meanwhile, the Supreme Council of Elders of
Indigenous People Of Biafra (IPOB) lashed out at their pro-Biafra counterpart, the Movement for the Actualisation of the Sovereign State of
Biafra and the Niger Delta Avengers for
threatening the country’s peace.

IPOB supreme council condemned their
activities and said they probably did not
witness the Biafra war.

“Preachers of violence might be infants or non-
existent during the 30-month Nigerian Civil
War.”