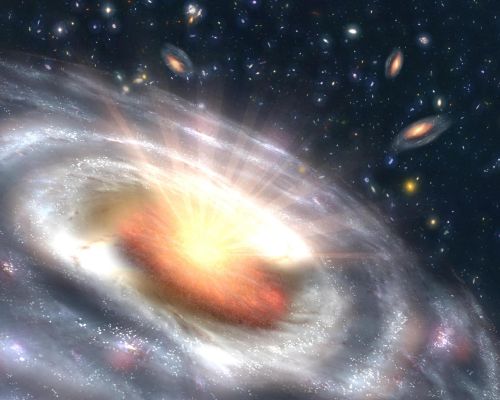 Dr. Michio Kaku, a theoretical physicist and co-
founder of the highly regarded String Field
Theory, has created a stir in the scientific
community by saying he believes there is
evidence that the universe was created by a
higher intelligence and not by accident.

“I have concluded that we are in a world made
by rules created by an intelligence,” the
scientist said in an an article published in the
Geophilosophical Association of
Anthropological and Cultural Studies,
according to ForcesMente. “Believe me, everything that we call chance today won’t
make sense anymore. To me it is clear that we
exist in a plan which is governed by rules that
were created, shaped by a universal
intelligence and not by chance.”

Kaku, who is not known to believe in any particular religion and appears to believe in
Spinoza’s God, says he can explain this by
theoretical particles known as “primitive semi-
radius tachyons,” which are capable of
unsticking the universe matter or vacuum
space between matter particles, leaving everything free from the influences of the
surrounding universe.

He says we live in a “Matrix.”

Kaku, who’s a theoretical physicist at the City
College of New York, discovered this while
working on String Theory, which explains
things like why tiny quantum particles can
appear and then disappear into nothing,
according to Catholic Online.

“I have concluded that we are in a world made
by rules created by an intelligence, not unlike a
favorite computer game, but of course, more
complex and unthinkable,” Kaku said in 2015,
according to Nova Evolution. “Analyzing the behavior of matter at the subatomic scale, hit
by the pitch radius semi tachyon for the first
time in history, a tiny point in space, totally free
of any influence of the universe, matter, force,
or law, is perceived in an unprecedented way
absolute chaos. So, what we call chance no longer makes more sense, because we are in a
universe governed by established rules and
hazards not determined by universal plane.
This means that, in all probability, there is an
unknown force that governs everything.”

In an earlier video, the scientist said, “The final
solution resolution could be that God is a
mathematician. The mind of God, we believe, is
cosmic music, the music of strings resonating
through 11-dimensional hyperspace.”

Kaku has written several books, including The
Future of the Mind: The Scientific Quest to
Understand, Enhance, and Empower the Mind.
On his website, the scientist says he “carries on
Einstein’s quest to unite the four fundamental
forces of nature into a single grand unified theory of everything.”

He has appeared in several science television
shows, including on Discovery, Science
Channel, BBC, ABC, and History Channel