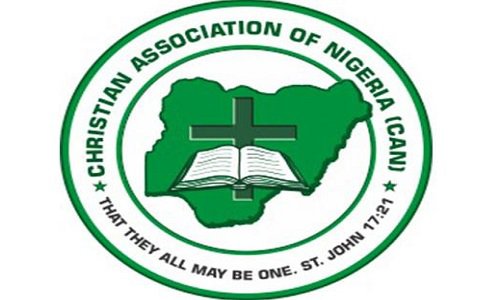 The Christian Association of Nigeria (CAN) in Rivers State has protested the Southern Kaduna killings. It declared yesterday a black Sunday.

By 2pm yesterday, Christians gathered at Christ Church in Port Harcourt City council, where they moved to the Government House, singing and praying.

The protesters turned the Government House to a prayer centre while waiting to be received.

About 30 minutes later, they were received by Governor Nyesom Wike’s Chief of Staff, Emeka Woke.

According to CAN Chairman, Primate Isaac Anyanasikike, the killing of innocent Christians in Southern Kaduna informed their coming together to observe a “Black Sunday” and let the world know that never again shall politics be played with the blood and property of fellow compatriots.

He called on President Muhammadu Buhari to confront what he described as “the hydra-headed monster” of Islamic Jihadists and bring the “satanic assignees to justice”.

The CAN chairman urged the Federal Government to begin the process of reconciliation, reconstruction and rehabilitation and to pay full compensation to victims.

His words: “We have declared today a black Sunday, and a national day of mourning occasioned by unending spate of sectarian killing in Southern Kaduna and other parts of our country bound in freedom, peace and unity.

“The horror perpetrated by the radical Islamic Jihadists, which gave birth to this Black Sunday is more than culpable homicide. It is both genocide and a holocaust.

We write to Mr. President with passion because we are aware that you were, and still a soldier, who knows what defending a defenceless people, is.

“We believe that by sending our protest letter through Governor Nyesom Wike, it will get to the President. It is our fervent prayer that God will strengthen and encourage our Christian brethren in Southern Kaduna and other parts of the country.”

Woke thanked the protesters for their peaceful disposition and promised that Wike will receive their letter and communicate with Mr. President.