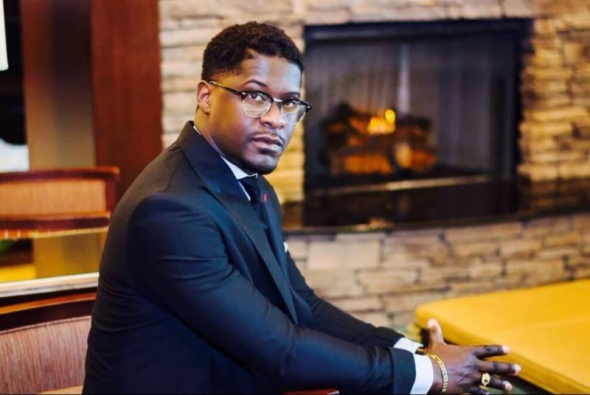 Gospel singer and founding pastor of New Thing Empowerment Church, Shawn Jones, began singing with his band of believers shortly after 8 p.m. at The Event Center in Pensacola, Florida, on Saturday. Shortly after Jones began singing “Worthy Is He,” he fatally collapsed on stage leaving his fans in shock. He was just 32.

“They were doing a fantastic job. It was a nice show,” Kenneth Woodson, manager of The Event Center, recalled to The Christian Post of the Shawn Jones & The Believers band Monday evening.

A video of the group performing their opening song, posted to Facebook by Denise Headen, shows the nattily dressed preacher belting a song about Jesus’ faithfulness while audience members swayed and clapped along with them.

This fellow was blowing. It had a little jazzy feel to it and this was my first time hearing him but I was very impressed. I said ‘wow this is gonna be nice. I can’t wait to hear some more music from this guy and his band.’ They were tight,” Woodson said.

On his church’s website, Jones is described as a doting father of three who was “happily married” to his wife, Dominica. He was also “a prolific speaker” who was “in high demand in many parts of the country.” And it appears his star had been rising.

A day earlier, R&B singer Charlene Keys, popularly known as Tweet, had been as moved as Woodson when she first discovered a video of the preacher singing, “I’ve Come Too Far to Turn Around.”

She tagged Jones in the post and many of her followers reacted to the preacher’s singing and his message with equal excitement. Some even became instant fans and followed him. Jones was humbled.

“Mannnn when my favorite female singer TWEET likes and post my joint!! GEEKED!” he replied to Tweet’s acknowledgement.

On Saturday, hours before the final performance of his life at The Event Center, Jones posted a photo of his band just “hanging out on the beach” at the Portofino Island Resort. Everything was going well.

Woodson told CP that Jones and his band were the closing act for the anniversary celebration of another band known as The Gospel Singingaires which had started about 5 p.m. on Saturday.

After finishing up their first song, the group began singing “Worthy Is He.” It’s a song they had performed many times before. They continued impressing the audience until Jones started having trouble.

“I guess the young man got hot. He took some water and he drank some more water (for a second time), sat down and was speaking and he passed out,” Woodson said.

“Everyone went into shock. I think everybody did what they felt was right in trying to revive him until the EMT got here. It was a shock because he is a young man,” he continued.

Woodson said sorrow quickly filled the room where Jones was performing but the audience of “99 percent church folks” kept their composure as they prayed while desperately trying to revive the preacher.

“They contained themselves well and they were praying for him in their own little spirit. They took him to the back and were trying to revive him but then of course the sorrow was in the building,” the manager said. “There were several medical people in the building and they tried to revive him. They tried to do what they could for him before the EMT got there.”

It’s unclear what caused Jones’ death. The preacher’s bandmates did not reply to a request for comment.