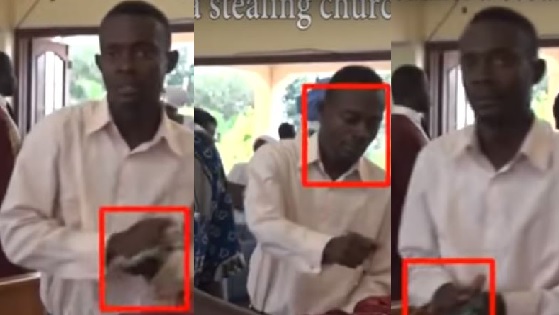 A church congregant has been caught on camera stealing money from the offering bowl during offertory time in Ghana.

According to reports, the rather well dressed man tried pulling a fast one church in Accra over the weekend, but ran out of luck..

The video of the incident which surfaced online and subsequently gone viral shows the well-dressed and unsuspecting gentle man pretending dropping his offering in the bowl, but as shown in the video, he rather picked the money already in the bow and quickly put it in his pocket.
https://www.youtube.com/watch?v=4_8TXGbrNlM