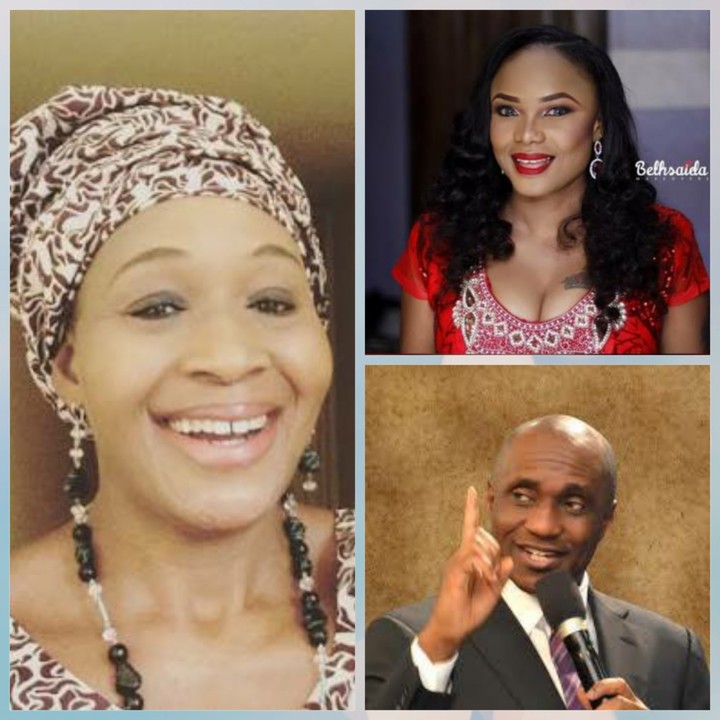 The Salvation Ministries, Port Harcourt, Rivers State has responded to a report making the rounds that the senior pastor, David Ibiyiomie, is having a sexual affair with Nollywood actress, Iyabo Ojo.

Reports making the rounds have it that the actress allegedly uses ‘juju’ to lure the pastor, who has allegedly been showering her with expensive gifts.

The report by popular US trained journalist, Kemi Olunloyo, on her Instagram page @hnnAfrica revealed that a letter was allegedly sent to her from an unnamed Salvation Ministries church member.

The member accused the actress of using juju to make her pastor sleep with her and spend lavishly on her.

According to Daily Post, they reached out to the church on Friday via its Help Desk mobile contact.

A man, who declined disclosing his identity told Daily Post,

“You can go on and do the report but I assure you, you will see the end result.
“Go and ask Naij in Port Harcourt the last time they tried to publish this kind of rubbish.
“You know the truth, so I don’t know why you want curses on you.
“What kind of confirmation do you want? That I should tell you my Pastor is sleeping with someone?
“Are you married? May you never have problems in your marriage with this kind of report you are doing.
“Go and ask Christians.”

“You don’t touch the anointed of God and go free.
“Touch not my anointed and do my prophet no harm.
“You are asking these questions now, you better ask yourself a question…in short, I don’t know.
“If you have not tested it before.
“God bless you,” he added.