Scarcity: Nigerians Have Not Seen Anything Yet – TB Joshua 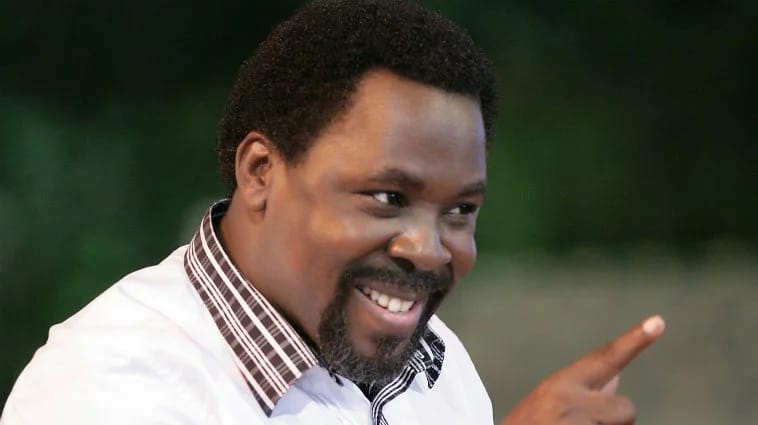 – Maintains that he knew EgyptAir crash
was going to happen, but kept mute

– Warns against overt spending, counsels
Nigerians on what to do

– Reveals when the scarcity will end, and
what should be done before then

Nigerians have been asked to brazen up over
the recent food scarcity that is being
experienced in the country as it is only a tip of
the iceberg.

This much was revealed by Prophet TB Joshua,
founder of the Synagogue Church Of All
Nations (SCOAN), during a recent service aired
live on television.

The Nigerian prophet, known for his
predictions and prophecies on the state of the
nation, revealed that he had seen the ill-fated
EgyptAir crash coming but kept sealed lips
because of condemnation from people.

During the service, he read out the prophecies
he earlier made about Nigeria and Africa for
2016, explaining categorically that the country
has to go back to agriculture, or else, the
prevailing scarcity will take every penny from
the people’s pockets.

While reading the leaflet he printed, he said:
“There will be large scale scarcity, shortage of
food. As a state, country, continent, we have to
go back to the farm to arrest, to alleviate the
forthcoming situation.”

TB Joshua explained further that “It is only a
shortage that you are experiencing now, you
have not experienced large scale.

“This one that I am saying now, scarcity, large
scale, it’s a proverb. Whatever you can do from
now till December, all of your money you will
use to buy food, you will not have enough to
buy.”

“I’m preparing you. Get ready; lager scale
scarcity is coming.”

Prophet Joshua also spoke about the Nigerian
currency, stating: “The president will do
everything to reject devaluation of the naira –
which is a good idea from a good leader. But
there will be overwhelming pressure which he
will not be able to resist. Nigeria, we are in a valley. The future is crying for help.

“I explained that we are in a valley but it is not
the valley of the shadow of death. There is no
snake or scorpion, it’s different. When you are
in the valley you will cry and cry but you will
still get out of the valley.

The prophet also spoke on terrorism in Africa,
where he explained that “more African
countries will be under siege by terrorists
because of pros and cons in choosing leaders.
Mishandling of electoral processes will create a
conducive atmosphere for terrorists.”

The controversial preacher was recently credited with helping a young Ghanaian
policeman rearrest an escapee prisoner.

According to a post shared on TB Joshua’s
Facebook page, the policeman had come to the
synagogue as soon as he noticed he was
under fire after a prisoner escaped under his
watch.