SEE The Building Where Lt. Col. Ali Today Was Killed By B’Haram 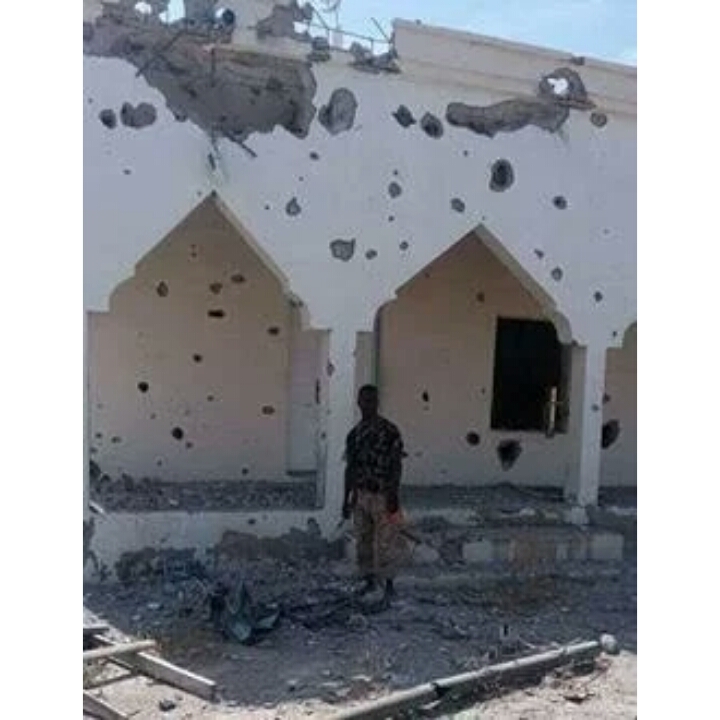 A photo has recently surfaced of a building where Lieutenant Colonel Muhammad Abu Ali was killed during an attack by Boko Haram members in Borno state.

The building where Mohammed Abu Ali was killed by Boko Haram terrorists during an operation in the North East.
The gallant soldier  and four other soldiers were killed late on Friday, November 4 by Boko Haram insurgents after a fierce battle, a statement by Army spokesman, Colonel Sani Usman announced.

Ali who has been mourned by many Nigerians including President Buhari, has been described as “a courageous commander does not only give orders, but also joins his men to fight the battle, no matter the risks or the obvious danger.”

He will be laid to rest later today.

However, some Nigerians have taken to social media to attack President Muhammadu Buhari on his nonchalant attitude towards morale of Nigerian soldiers fighting against the insurgents.

Some of these Nigerians have urged President Buhari to do the needful and visit troops fighting in North East. These citizens said such visit could help boost morale of the soldiers.