‘She Doesn’t Even Look Presidential And Suffers From Bad Judgement!: – Donald Trump Fires Back At Hillary Clinton 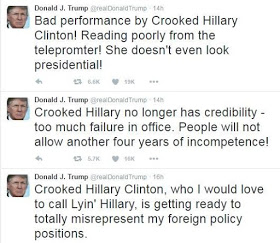 Hillary Clinton in her foreign policy address
yesterday lashed out at Donald Trump saying
America will be in trouble if Trump becomes
president and Nuclear nukes are handed to him.
She also blasted him on his affinity with dictators
like North Korean President and Russian President Vladmir Putin, and also said he’ll run America the
way he runs his Twitter account. 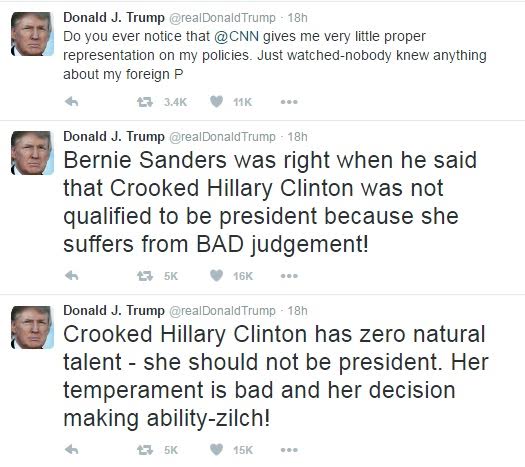