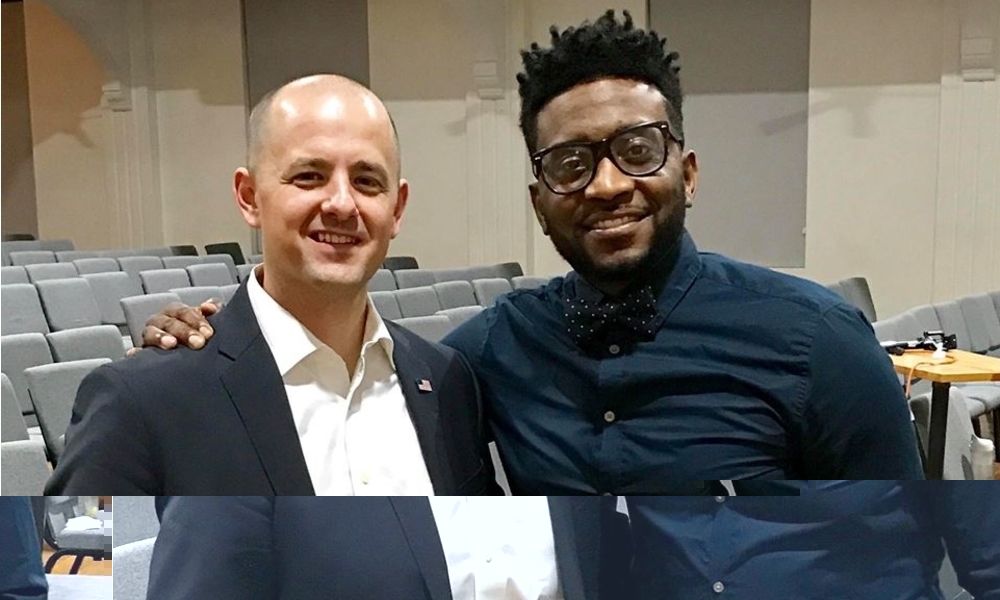 Presidential independent candidate Evan McMullin spoke with Sho Baraka at Blueprint Church in Atlanta and fielded questions from those in attendance. He covered topics such as finding a solution to the number of abortions occurring, challenges facing African Americans, and how health care and job support can change the landscape of the country.

“Though many complex challenges remain, I left the discussion feeling optimistic that we can overcome them together, unify as a nation, and extend the American dream to all,” wrote McMullin on his Facebook.

Sho Baraka tweeted about the event:

I will be moderating a discussion with Presidential Candidate @Evan_McMullintonight in Atlanta about “The African American Vote”. Join us.pic.twitter.com/TsQEBdEQL6

Moderating this event goes nicely with Sho Baraka’s Spotlight tour with Propaganda. It also fits within the theme of his next album The Narrative, “When you let others tell your story they will make you a caricature!”

Watch the entire discussion below: