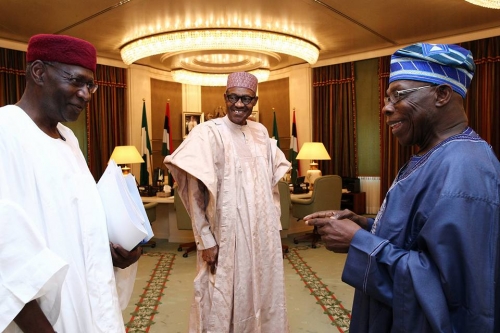 President Muhammadu Buhari has responded to
criticisms that his administration had been slow.
Buhari, told a magazine, The Interview, that there
was no wisdom in rushing things.

He said: “There is still a lot of wisdom in the
saying, ‘slow and steady wins the race.’

“If they say we are slow, do they also say we are
steady?

“Then, it means we will win the race eventually.”

“There is no wisdom in being in a rush and
messing up everything. You will make avoidable
mistakes and end up with a lot of regrets,” he
said.

Buhari noted that he would wait for the advice of
the Attorney General of the Federation,
Abubakar Malami (SAN), on whether to
prosecute those who voluntarily returned looted
funds or not.

“We will note the recommendation of the
Attorney General of the Federation. We do not
want to deliberately disgrace people. All we want
is public money back”, he added.