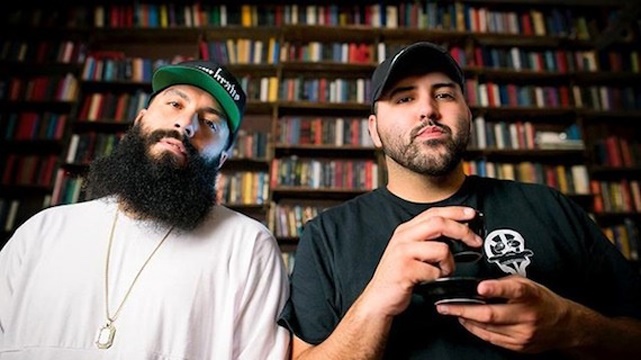 After several successful independent
releases, Social Club has signed a major
record deal and rebranded in the process.

The South Florida-based duo of Marty and
FERN is now called the Social Club Misfits,
and their next EP, The Misfit Generation, will release May 6 on Capitol CMG, a Nashville-
based label owned by Universal Music
Group.

“We are honored to welcome Social Club
Misfits to the Capitol CMG family of artists,”
Capitol CMG president Peter York said,
according to Music Row. “They bring a unique energy, purpose and creative
offering to our valued roster. They are
effectively reaching their audience and
making an impact in lives across the country
with great music, a compelling show and a
message of hope. I’m grateful to work with them and for what they represent in the
world of hip hop.”

“We are extremely excited about our new
partnership with Capitol CMG,” the Social
Club Misfits said. “It’s an honor to get to
work with such a great team who strongly
supports our music and overall vision. Our
new EP The Misfit Generation will maintain the Social Club [Misfits] sound while also
broadening our scope to engage the
culture at large.”