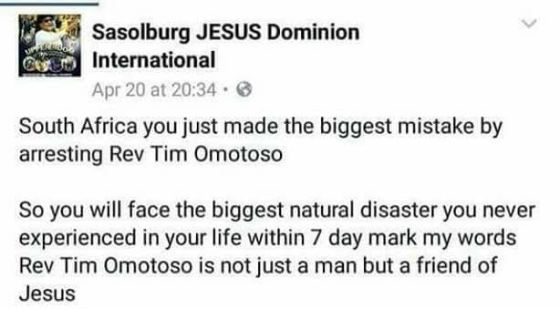 As posted by a member of Pastor Tim Omotosho’s church …

The 58-year-old flamboyant evangelist, with churches in Cape Town, Johannesburg, Bloemfontein, among others, was arrested at the Port Elizabeth Airport on Thursday for allegedly trafficking more than 30 girls and women who were from various branches of his church to a house in Umhlanga, KwaZulu-Natal where he allegedly sexually exploited them. H