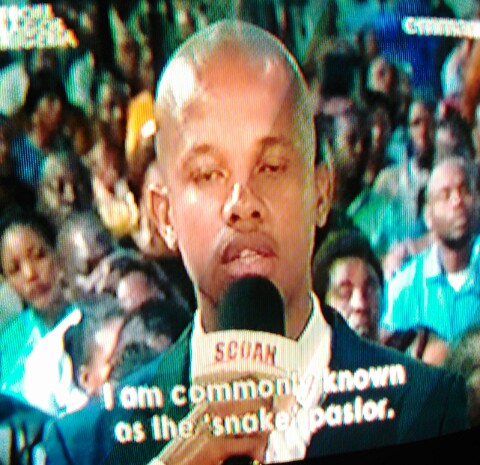 This is LIVE and you can see the pictures.. The pastor gives people in his church Snake’s to eat a life and all kind of weird things.
He says he had to come to Prophet T.B Joshua to deliver him because he thought what he was doing was right..

Pictures showing Pastor Penuel Mnguni, popularly known as the ‘Snake Pastor’, feeding snakes to his members in South Africa as a purported demonstration of God’s power went viral across the globe, making headlines in newspapers and online media worldwide. However, Pastor Mnguni of the ‘End Time Disciples Ministries’, did not stop there. He went further by driving a car over some of his members, feeding parts of a live rat to congregants, locking another in a deep freezer for over thirty minutes and causing yet more to strip off their clothes during his wild church services. Pastor Mnguni was arrested for his activities and faced backlash from both human and animal rights groups but despite the global outrage sparked by his actions, he vowed to continue unperturbed.
Thus, when Pastor Mnguni somberly came forward during The Synagogue, Church Of All Nations (SCOAN) service, it was a shock to many. Penuel told the congregation that he had read certain Scriptures such as Mark 16:17-18 which led him to believe he could feed his congregants with strange items to prove the power of God. However, he admitted that after discovering Emmanuel TV and beginning to listen to Prophet T.B. Joshua’s teachings, he realised his activities were “not Scriptural”. He therefore requested for prayers from Prophet T.B. Joshua for deliverance from the spirit that pushed him to engage in such bizarre, inhumane actions. 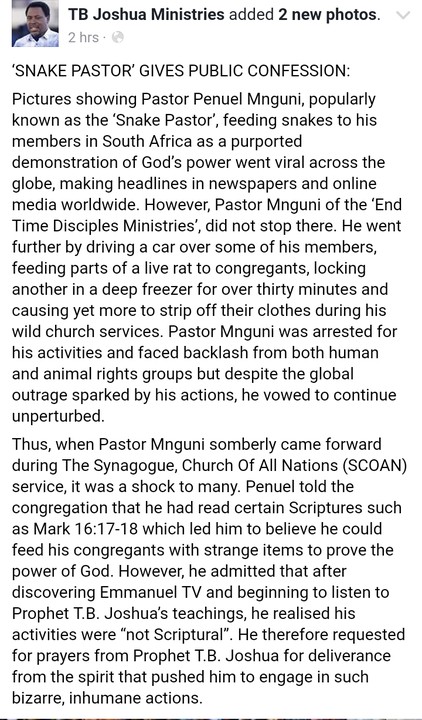 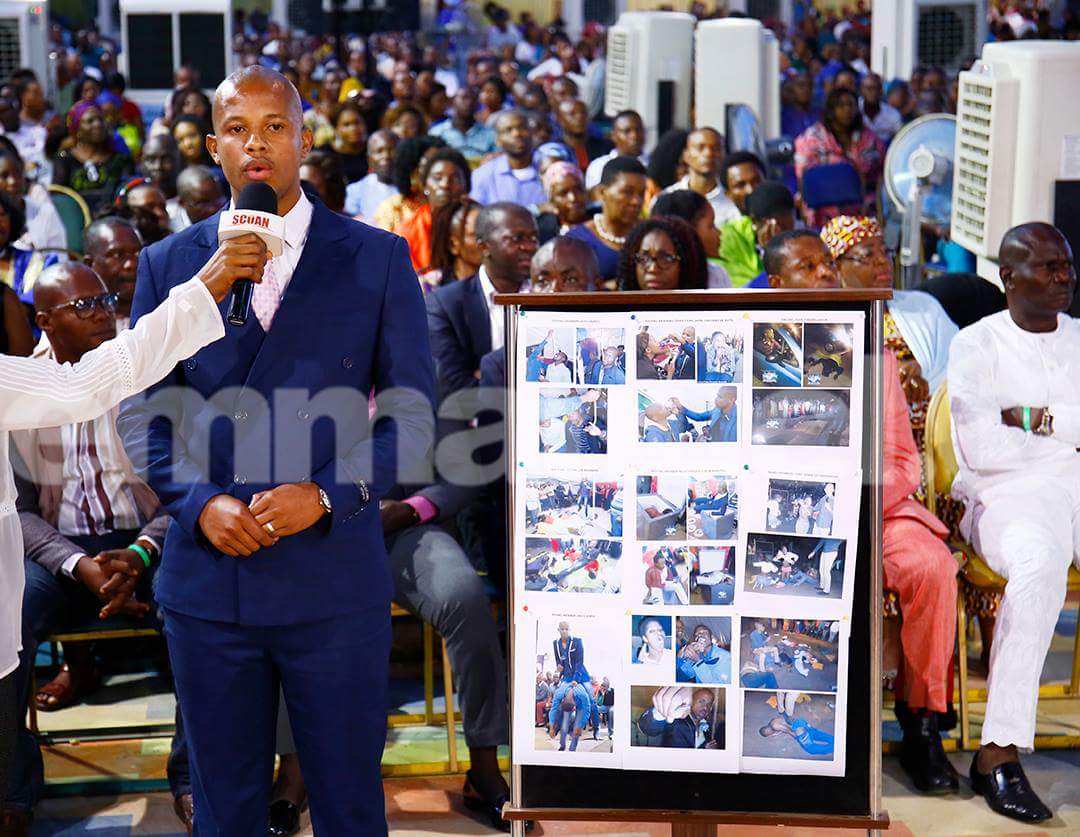 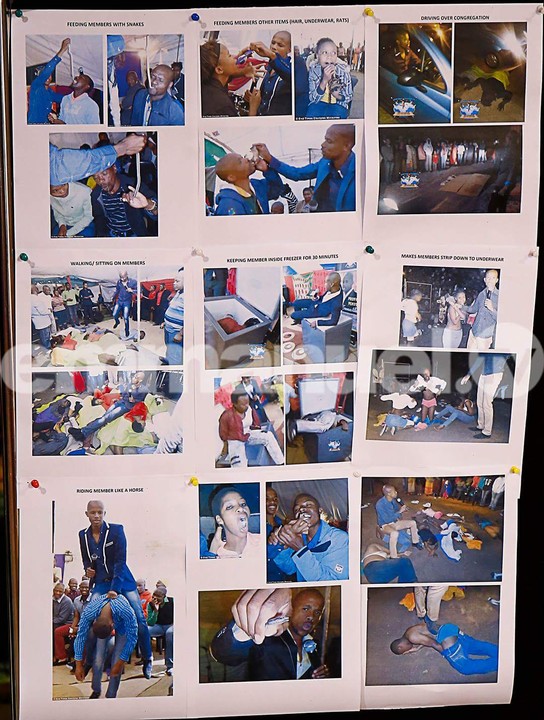