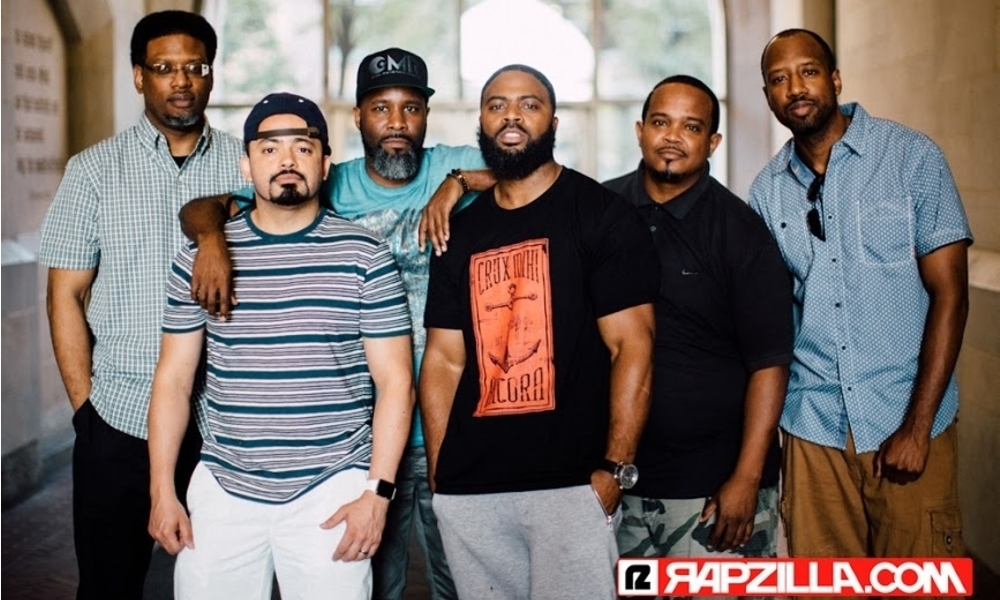 Recently, Christian hip-hop legends the Cross
Movement returned to the stage at Legacy 2016.
This got us thinking about some of Christian rap’s
best groups over the years. We decided to compile
a list of our 5 Christian Hip-Hop Comeback Group
Albums We Wish Would Happen. We expect the comments to be flooded with people we’ve missed,
so let us know and we’ll make a part two.
Rules: Groups are only eligible if it’s been five years
or more since their last release. We are also looking
for fully fleshed projects, not short EPs or one-off
singles.

The Cross Movement put out albums from 1997
through 2007, with the last being HIStory: Our Place
in His Story.
Since then fans have been clamoring for a new CM
record. Perhaps their recent reunion show will
spark the creative juices for a new album.

The 116 Clique of Reach records contains some of
the biggest emcees in Christian hip-hop. They
released albums from 2005 through 2011, with a
few singles sprinkled in since then.
Currently, the group consists of Lecrae, Andy Mineo,
GAWVI, Trip Lee, KB, and Tedashii. With the popularity of these artists as individuals, more
specifically the first two, it is unlikely when they will
all get together to make an album, or which emcees
will be involved.

Mars ILL
Mars ILL is known for its hard-hitting beats and face
melting rhymes. Unfortunately for Christian hip-hop
fans, we haven’t heard anything new from them in
10 years.
The group, consisting of DJ Dust and Manchild, put
out a ton of material from 2000 through 2008. It remains uncertain if these two will ever get back to
create music.

GRITS are long time veterans of Christian hip-hop
and have been rocking the mic since 1995. They
haven’t put out an album since 2010’s Quarantine.
There is a new EP in the works called Saints &
Sinners, and the single was released. However, all
has been quiet, and the fans are still anxiously waiting for a full release from Bonafide and Coffee.

Tunnel Rats
Closing out the list is another group of legendary
Christian rap pioneers. The Tunnel Rats have been
around since 1993 and put out three albums from
1996 to 2004. Their last record, Tunnel Rats, was
released in 2004.
Members and affiliates of Tunnel Rats are about as numerous as the Wu-Tang Clan, but a few names
are: Sev Statik, Propaganda, Ajax, and Jurny Big.
Many of these artists have put out individual
projects, but it remains to be seen whether they will
all collaborate together again.

Who are we missing? Who is your favorite among
these groups?