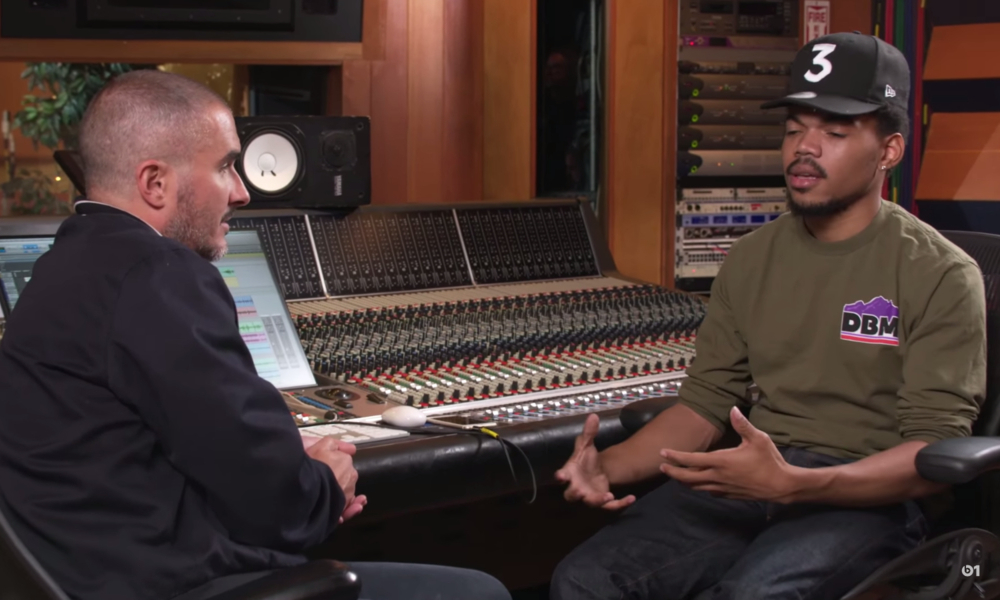 Chance the Rapper was a guest on Beats 1
Radio with Zane Lowe where he broke
down his faith, his relationship with Kanye
West, and not wanting to redefine gospel.

Chance’s new album Coloring Book is being heralded as a “new wave” of the gospel, and is getting praise from everywhere.

He said the sounds of it “resembles the choir
sound of I’ve been trying to get forever.”

Lowe said the record, especially the song
“How Great is Our God,” is like “new
church.”

Chance replied, “That’s the whole process of
this thing, it’s like putting God back in our
hands in everyday life.”

Zane then spoke about how religion plays a
very strong part in people’s lives. “There’s
no mystery that faith in music and faith in
God go hand-in-hand a lot of times.”

“The devotion is on display on this record.
That’s very unique if you think about it.
You’re not hiding anything,” Lowe said.
“You’re really serving the purpose.”

The emcee said this concept and idea came
to him after moving to Los Angeles.

“In that time I felt like I was kind of losing
my God a little bit,” he revealed. “That
separation of God, I kinda got rid of that
feeling by filling my whole neighborhood
with that Kirk Franklin sound.”

He said every morning at 6 a.m., he’d wake
up and then crank Franklin through the
whole neighborhood. “That was the time I
started making a lot of this music, two years
ago.”

Chance knew his next project was going to
be founded in God and his faith.

“I never really set out to make anything that
could pretend to be new gospel or pretend
to be the gospel,” he said. “It’s just music
from me as a Christian man because I think
before I was making music as a Christian
child. And in both cases I have imperfections, but there was a declaration
that can be made through going all the
[stuff] I’ve been through the last few years.”

Zane then asks, “What do you think God
means to kids these days from your
experience?”

“I still think that God means everything to
everyone whether they understand it or not
or can really see it for themselves or they
find God,” he explained. “I know for a fact
we’re not pushed or promoted to speak
about God with fervor. I don’t think there’s anything that really allows us to do it as so.
But I think the new generation and the
forward is all about freedom and all about
the ability to do what we want. We’re not
free unless we can talk about God.”

“So you’re all in,” said Lowe referring to
Chance’s faith before diverting to Kanye’s “gospel record.”

The Chicago-born rapper said when Kanye
called The Life of Pablo gospel, he didn’t
mean it in the traditional sense. Chance said
he meant gospel as far as telling a story like
the gospel or “documenting a historic
happening.”

“People got lost in the fact that he said it
was a gospel album,” Chance said.