STORY: Christian Hip Hop And The Glory Of Christ: Has CHH Fallen? Pt. 1 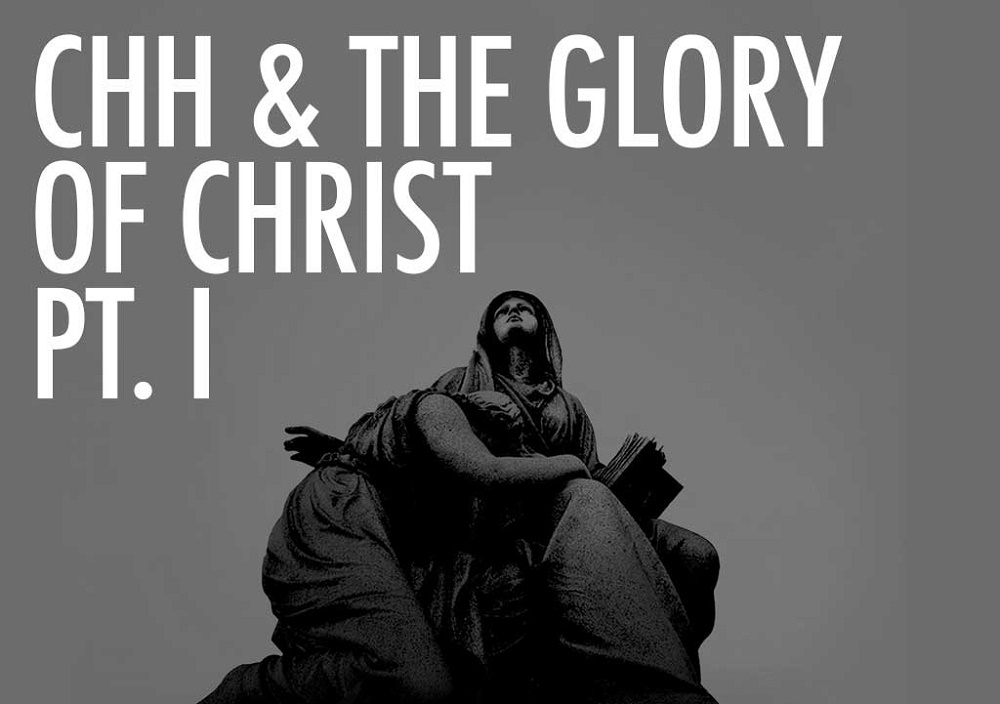 It’s been quite some time since I’ve been genuinely excited about Christian hip hop — mainly because I truly haven’t seen that much to be excited about.

I know, I know. I can see the eyes rolling already, people ready to say, “Here we go again.” But to be honest, I never really “went there” about it.

What used to excite me about Christian hip hop was not the musical quality (though I am VERY glad the quality has consistently improved as the resources did), nor was it the joy of seeing a “movement” spring up. Musical quality is comparable to beauty — subjective and vain — and I liken “movements” to the grass that’s here today and gone tomorrow.

While these things can excite the senses, they’re historically insufficient to sustain the soul. Beauty fades; grass withers and dies.

On the flip side, what used to excite me about Christian hip hop is that it possessed something that had a surpassing glory at its root — namely, the glory of Christ! This glory is inseparably connected to the fact that Christ was and is being proclaimed!

But as this central Christian priority has faded and is placed on the back-burner, my excitement fades with it. I’ve concluded that many of us have moved from proclaiming Christ to mentioning Him.

He isn’t portrayed as the loving, sovereign Lord who must be fearfully and joyfully submitted to, but rather, a less demanding God who can be considered.

These “new” methodologies seem man-centered. No longer is Christian hip hop explicitly chasing the glory of God. This “new” mission doesn’t require the Spirit of God to powerfully work through His Word to produce the results of God.

Unfortunately, I believe this is creating “new” missionaries that are not weighed down with the glory of God and the perils of hell. They don’t seem enthralled with the preciousness of Christ, and the testimony concerning our great Savior King.

Christian hip hop is housing bad theological philosophy and, in doing so, is actively confusing the mission of God. And while I’m not ready to finally stamp “Ichabod” (1 Sam. 4:21) on Christian hip hop, I’m not far from the pronouncement either.

This culture shift in Christian hip hop has demonstrated an abiding confusion, a most serious confusion not expiring on Christian hip hop but even Christianity itself. Even if you feel that’s too strong of an assessment, surely you agree we’re at least confused about how crucial parts of Christianity apply. And if at least that much is agreed on, then maybe these posts can help forward the conversation.

As Christian hip hop seeks to engage the conversation of what is the best way to navigate on mission, we’ve left out the greatest priority in all creation. This priority is not one of temporary importance, but of eternal significance. This priority isn’t centered on us, but on God.

The great question for the Christian isn’t simply what we can do, but what we can do for Christ.This priority isn’t concerned with how we use our freedoms not to sin (though certainly that’s a worthy consideration), but howmust Christ be exalted and glorified in all the earth?

My Christian musician friends, you are NOT primarily a musician.

You are primarily a Christian. And because you’re a Christian, there are strong biblical claims that rest on you. There are processes and values that musicianship does not exempt you from.

In some cases, your pursued platforms can actually make you more responsible to speak, not less culpable for not speaking.

It’s my personal assessment that God has been left mute in much of the dialogue concerning methodology and faithfulness. This conclusion isn’t surprising, especially when we arrive at our philosophies without guarding them according to His Word (Prov. 3:5, Ps. 119:9). His words have been treated as impotent and insufficient, perhaps even short-sighted.

It often seems as if we think God Almighty has wisdom enough to order the cosmos yet is incredibly incoherent when addressing our tiny little culture. And friends, may that never be.

If you’re a Christian, you have most fundamentally forfeited all your rights to decide your own path in life with your own priorities along the journey, “If any man who come after me let him deny himself and take up his cross and follow me. For whoever would save his life would lose it, but whoever loses his life for my sake will find it” (Mat. 16:24–25). And this renouncing of ourselves and taking on the mind of Christ includes all of life, even our cultural engagement.

There are not many minds of Christ, but only one (1 Cor. 2:16) — and we’re all called to have it, being unified in the same mind and same judgment.

While there’s a beautiful diversity in the ways we live out central priorities, there are a collection of priorities that should not be diverse for all Christians. For instance, there’s not a subset of Christians who are supposed toreally care about the glory of Christ in all things — that is fundamentally mere Christianity (1 Cor. 10:31). While we may have diverse ways of expressing ourselves, these ways must all be warranted by the Bible (Is. 8:20), proven exegetically, and anchored in the supremacy of Christ in all things (Col. 2:3).

In many respects, Christian hip hop has become like Babel. Its primary purpose has shifted from being a community seeking to spread the fame of Christ and calling men to repent and believe in Him, to a community seeking to make a name for itself, populated by artists who want to be good artists who are known merely for good music. And while these are fine endeavors for humanity, they’re not distinctly Christian and can at times be at odds with Christian priorities.

Where there is opportunity, we are free to be known for good art, but our lives are already purchased expressly for the purposes of making known His excellencies. One is optional, the other is not — and the latter must be protected at the cost of the former.

Now this is totally conjecture, but I believe no one is going to confidently proclaim as their boast before the Holy One on the last day, “But Lord, we made music better!” But if someone did, I imagine the Lord would turn to them and ask, “But did you make My name famous?” (cf. Matt. 10:32–33)

As of late, I fear Christian hip hop thinks they’re one in the same thing; that making great music makes Jesus’ name famous. This is utterly untrue.

Our mantra is no longer, “Not to us, O Lord, not to us, but to Your name give glory, for the sake of your steadfast love and your faithfulness!” (Psalm 115:1). We don’t passionately say, “We must decrease that He might increase” (John 3:30). We just say, “Why can’t we both increase together?”

That mindset reveals ignorance of Scripture rather than affection for the Lord.

The words of Revelation 2:4–5 to the church of Ephesus seem appropriate for Christian hip hop: “But I have this against you, that you have abandoned the love you had at first. Remember therefore from where you have fallen; repent, and do the works you did at first.”

In the upcoming days, I’ll be completing this series of blog posts and commenting on why I think a repentance and return are in order for Christian hip hop, and what that may look like.

I love you all.