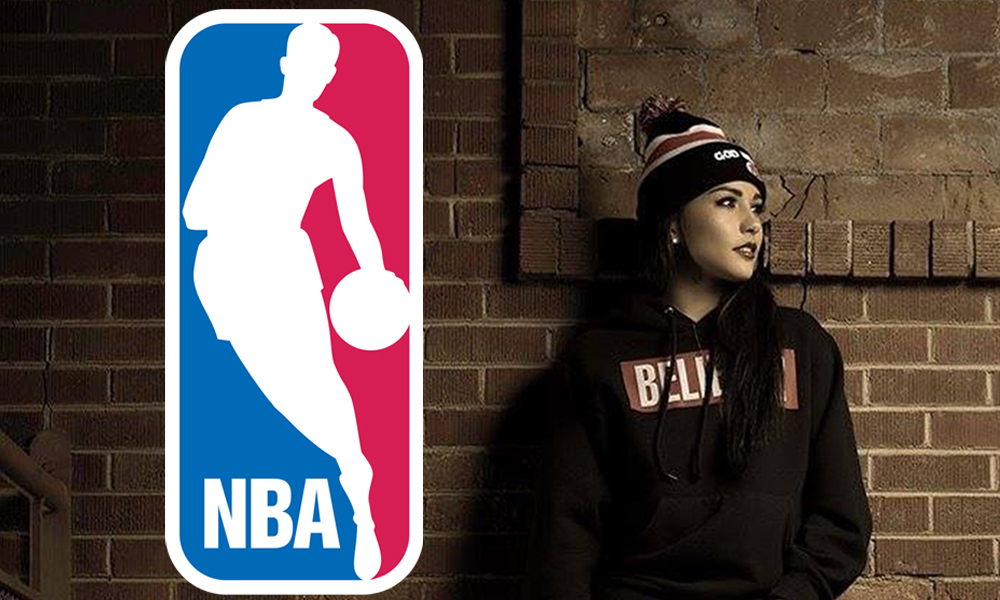 At an NBA game earlier this season, a dance
team performed choreography to Trip Lee’s
Rise track “Manolo” — a team which had
also previously performed to Lecrae’s “I’m
Turnt”.

These songs were choreographed by
Kiersten Willis, a member of the Suns Solar
Squad, the hip-hop dance team of the
Phoenix Suns.

Willis earned a spot on the Suns Solar Squad
in 2010 while studying at Arizona State
University (as well as WNBA team Phoenix
Mercury’s hip-hop squad, which she
choreographed Andy Mineo’s “Uno Uno
Seis” and Tedashii’s “Dum Dum” for). But after graduation in 2013, she declined
several opportunities to advance her dance
career, left the Suns and, instead, went on a
mission trip.

“Once you’re post-college, people expect
you to get into a career and make money,”
Willis said, “so a lot of people that I thought
were supportive were second-guessing,
especially the second year that I decided to
go back on the mission trip.’”

Willis went on two nine-month mission trips
across America with Breakdown
International, a Christian non-profit which
uses arts to spread the Gospel, and she
needed to raise support to go. She went
from performing at the US Airways Center in front of 18,000 people to — slightly less
popular — asking for money.

“Some people didn’t understand
whatsoever,” Willis said. “‘You sold your
car? You’re not going to do this opportunity
to make money, and to do what? … That
really doesn’t make sense.’ And the fact that
I was sharing some of the deepest darkest parts of my story made it that much more
confusing. ‘Okay, so you’re leaving all this
stuff to go travel the country and tell your
dirt basically?’”

While on tour with Breakdown
International, Willis got vulnerable,
orchestrating her Christian testimony into
dance routines at events.

As a college freshman, she had entered a
relationship that became mentally, verbally
and physically abusive. She lost her virginity
— after planning on waiting until marriage
— and only discovered her boyfriend was
cheating on her when she acquired an STD. He had also hid his real age from her, as well
as the fact that he had a child.

Willis shared her “dirt” with students in
attendance so they would learn how she
rebounded. God did a miracle, even healing
Willis of her disease, she said, and her story
changed lives.

“The impact of Kiersten’s testimony on
young people all over the country was
[immeasurable],” Derek Taylor, her tour
director/road pastor, said. “She put it all out
there even when there was laughing,
scoffing and teasing… We know firsthand that those sitting in the audience were
confronted with their own bad decisions
and the consequences associated with them
because of Kiersten’s bravery.”

After one event where Willis told her
testimony, a young woman pulled her
aside. She had suffered from nearly identical
experiences as Willis.

“At that moment,” Willis said, “it was kind of
like an understanding of what I was able to
tell her, ‘If God brought me through it, He’s
going to bring you through it. Otherwise, I
wouldn’t be standing here talking to you.’”

Following the conclusion of Willis’s second
mission trip, she finally got that job — just
not the one she would’ve taken two years
prior. She accepted a position as program
coordinator and dance team leader at
Elevate International, a Phoenix-based urban ministry founded by Pittsburgh
Steelers and Los Angeles Dodgers chaplain
Chad Johnson.

“I saw her passion, her commitment and
her character, but then also her talent and
gift,” Johnson said. “She’s really, really
committed and sold out to the mission of
the Gospel. [Hiring her] was a no-brainer.”

The now full-time missionary also returned
to the Suns Solar Squad, where she
continued to impact.

“She blessed my life in ways only the Lord
knows!” Suns dancer Kaitlyn Prull said. “She
showed me in many ways that if you feel
something on your heart from God, listen to
Him. We would be greeting fans together
and I would ask her endless questions about Christ and she never hesitated to give
me the honest truth. One game, in front of
many fans, I was crying my eyes out and
Kiersten took my hands and prayed with
me in front of everyone. In that moment, I
knew that Christ placed her there that season for a reason. Kiersten is an amazing
woman of God that many people look up
too so much, and I know that the Lord is
going to keep using her as a blessing in so
many more people’s lives!”