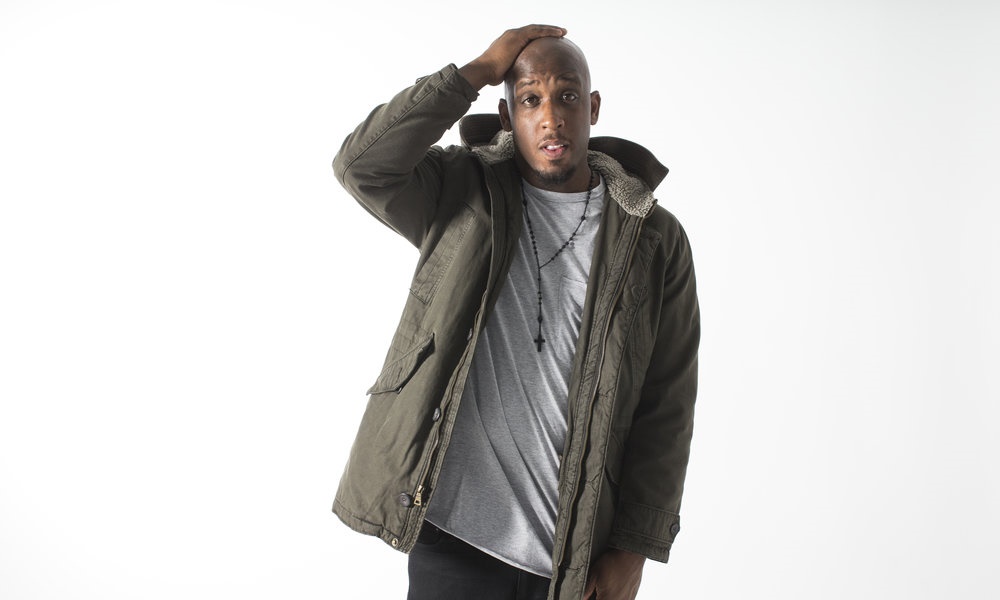 Derek Minor released his sixth studio album, Reflection, today, and he told Rapzilla that the concept of the project is simple but addresses a complicated problem.

“It’s based off of the idea that you were made in the image of God, and you have value just based off of the that,” Minor said. “I feel like, in our culture today … because we’re more connected to each other than we’ve ever been, you would think that would almost create more of a confidence or create more diversity, but what we’ve seen is how divided we are.

“I feel like many of the issues that we face are based off of identity issues. People, they don’t value themselves, they don’t value others, they don’t value family… Everyone has an identity crisis, and I wanted to contribute to that conversation with the record to say, ‘Nah, you were made for greatness. You weren’t made for no reason. You aren’t an accident. You weren’t just an afterthought by God. He made you, crafted you with an amazing purpose,’ and that’s the whole idea of the album — reflect God, reflect greatness.”

Minor’s record label, Reflection Music Group, was founded years ago, but this year, he felt moved to create a project which focuses on the heart behind the name for the first time.

“The ironic thing is, when we named Reflection Music Group, we were really just thinking, ‘What’s the core values of what we believe?’ And that’s how that happened,” Minor said. “It never crossed my mind to really make an album to tell people what we stood for.

“I think it was just, after I didEmpire, really reflecting — no pun intended — but really sitting back and thinking, ‘Man, what is the next step?’ And I think, [on]Empire, people got a really good grasp of what I bring to the table. But I have so many amazing artists on the roster, and … we have a movement. We have a wave. You see people talking about, ‘Reflect God, reflect greatness,’ all the time, what we’ve been building.

Reflection is also a “God-thing” due to the state of America.

“I would definitely co-sign and say, ‘Yeah, America, our home, we’re going through a crazy change. It’s funny. I feel like there’s a picture of what people thought America was, and I think this year, the sheets have come off like, ‘No, no, no, no, this is what’s under the covers. This is what America really is, and what we realize is, we don’t know what it is.

“I think people’s worlds have been rocked, and I just want to contribute to the conversation and say, ‘Yo, this is what I believe. This is what I believe that we have the potential to be — not America per say because America’s just a country, but I think the individuals in there, God made us in his image, so we all have the potential to reflect God. I think obviously our hearts have to be connected to His.”