STORY: How Should Christian Vote? Biblical Values Or What’s Best For The Country? 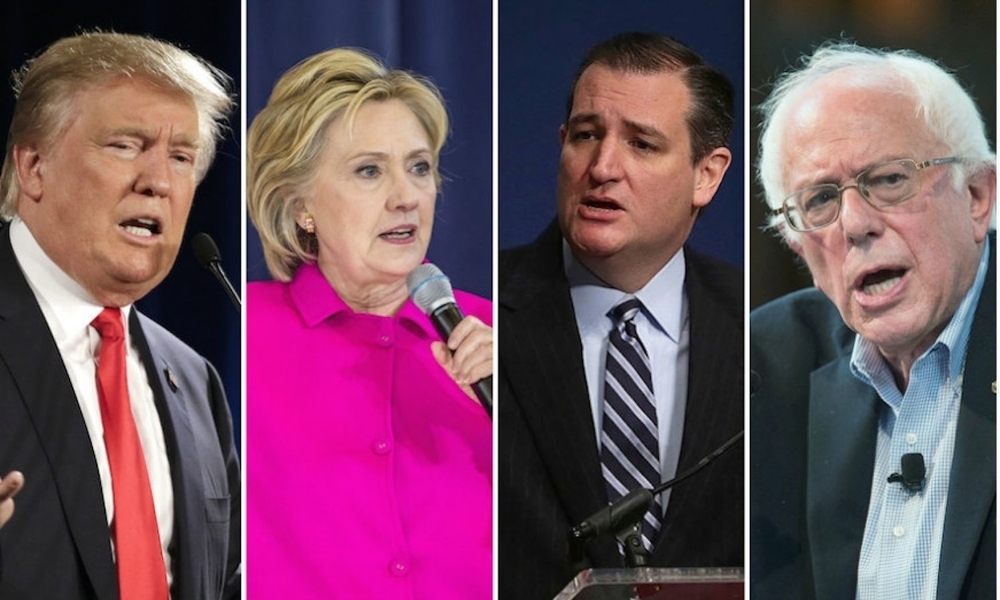 The hottest topic in the news is, “Who will
be the next President of the United States?”
It seems everyday the latest headline about
Donald Trump, Hilary Clinton, and Bernie
Sanders takes the media precedent above
everything else. The battle of Republican candidate versus Democrat candidate has
reared its ugly head again after four years,
and social media has become the biggest
casualty.

The younger generation wants a better shot
at life while the older generation wants
change. The term “Socialism” is being fear
mongered by some and embraced by
others. Overall, there’s a real sense of
desperation as the public feels they are picking between two evils.

Christians find themselves at a crossroads as
there doesn’t appear to be a candidate that
backs Christianity and uses it as a
cornerstone of their policies. The non-
Christians are undoubtedly happy about
this and view that as steps of progress toward eliminating “church and state.”

So what do Christians do? Who do they vote
for? We asked a few rappers in the Christian
hip-hop realm for their opinions on the
manner and how they view election time.

The question: “How should Christians vote
for this election? Do they go for the Biblical
candidate or the one that’s best for the
country?”

Derek Minor
“Christian values are not at odds with
what’s best for the country. The problem is
many Christians boil Christian values
politically down to 2 issues abortion and
gay marriage. There’s a plethora of other
issues that our country is faced with and I think Christians should look at all the values
that we hold and vote for who upholds as
many of them as possible.”

JGivens
“We use biblical values to best assess in our
voter opinions what’s best for the country.
Do I vote for a tyrant who believes in pro-
life or a peacemaker who advocated for gay
marriage? There isn’t a readily identifiable
right or wrong, especially with ‘Christian’ candidates who practice bigotry and
worldly ones displaying grace. All in all,
always use biblical judgment when making
a decision and trust that the Holy Spirit will
guide you in your own particular vote. Pay
what is due to Caesar and honor the government officials that stand in
submission and humility of the government
in which you are subject to. Pray for the
leaders and understand that ultimately it is
neither our political stance nor our partisan
platform that will save the country…it is the Gospel of Jesus Christ.”

John Reuben
“I’ve always understood the faith journey in
terms of the posture of one’s heart. I’m not
sure how the government can play a role
here. There are a lot of issues everyone can
debate but at a core level, it’s hard to argue
that as citizens of earth, and by proxy citizens of the U.S., it is our duty to take care
of our neighbors– especially those who are
in the most need. Jesus had a lot to say
about money and equality. Perhaps
whatever gets us closer to creating a system
and economy that stands up for equality and taking care of the needs of one’s
neighbors (especially those in the most
need) is the closest way to integrate gospel
principles with politics.”

Speech Thomas of Arrested Development
“I think followers of Christ, must follow their
own conscience. Maintaining a knowledge
that our citizenship ultimately lies in heaven
and not here.”

PyRexx
“How should Christians vote? Biblical values
or what’s best for the country? I say a little
of both. No lie some people just lack
common sense. Just go with ya heart and
what is right. Don’t just think of self, cuz WE
make the world how it is. WE are stronger together then divided! Keep God in the
center of your decision making is a must cuz
we all have choices and sometimes we
regret are decisions! so stop and think of
the choice before deciding to do it.”

Jackie Hill Perry
“Honestly, I wrestle with this question
myself. Having a biblical worldview should
always be what anchors our decisions in
life, including politics. But the problem is
sticky when we are voting for people who
are not holistically in accord with what honors God. So with that, my biblical values
should inform what I believe would be best
for the country. I don’t think you can truly
isolate the two.”

TH3 Saga
“In these situations, we are bound to find
some sort of flaws within all of the
candidates. So at this point, we have to be
able to look at their intention and their
character and decide what would be best
for this country to operate in freedom and unity.”

Loso
“I view everything through the lens of a
biblical worldview. So for me, biblical values
IS what’s best for the country, whether we
acknowledge it or not. I cannot divide the
two.”

Dre Murray
“Biblical values. With the candidates we
have right now though I would say vote for
Pedro.”

So what do you think? How will you be
voting this election?